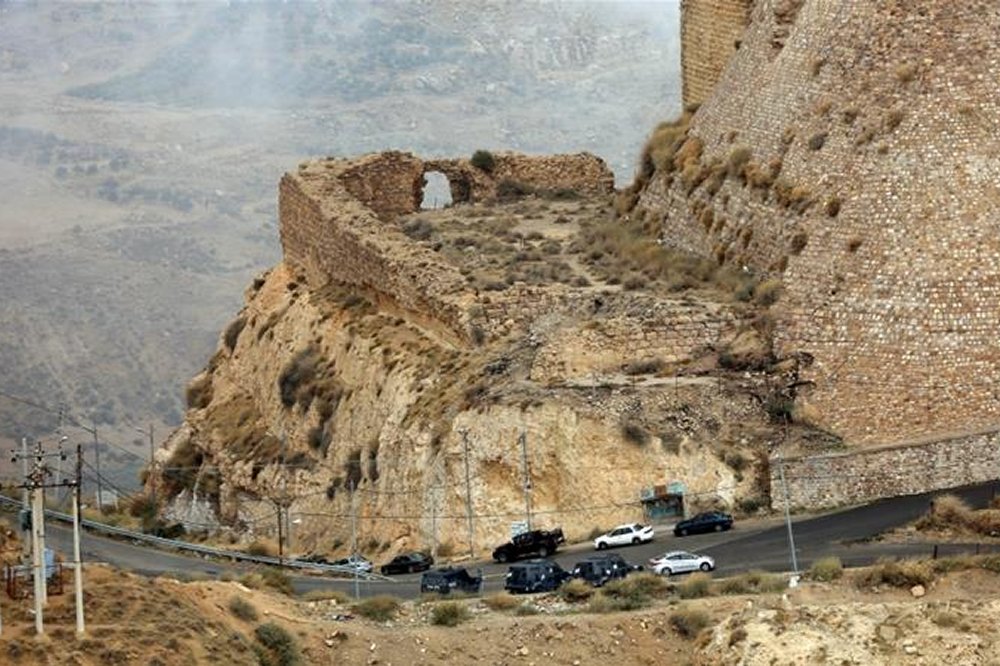 At least four policemen and one suspect have been killed in clashes on the outskirts of Karak city in southern Jordan after security officers stormed an apartment, according to security sources.

Two more suspects were arrested after Tuesday’s gun battle in Wesya village, which came shortly after the Islamic State of Iraq and the Levant (ISIL) group claimed responsibility for Sunday’s attacks at a popular tourist destination in Karak.

The sources told Al Jazeera that the suspects were on a list of wanted men and did have any apparent links to the assailants involved in the Karak citadel assault.

The shooting erupted just hours after ISIL, also known as ISIS, said “four soldiers of the caliphate” armed with machineguns and hand grenades carried out Sunday’s attack at the Crusader-era castle, which left 10 people dead.

“We promise the Crusader coalition countries something worse and more severe, Allah permitting …,” it said, referring to the anti-ISIL coalition member states.

ISIL confirmed that the attackers were killed by police during the course of a siege that lasted several hours.

Jordanian officials have refused to identify the attackers, calling them “terrorist outlaws”.

Security sources said the attackers were all Jordanian nationals.

Seven security officers, two local bystanders and the Canadian tourist were killed in the attacks which also left 34 people wounded.

Salamah Hammad, the country’s interior minister, said on Monday at least five suicide belts were found, together with an ammunition cache, automatic weapons and explosives in a hideout in a house in the desert town of Qatranah, 30km northeast of Karak.

The attackers had sought refuge in the castle after opening fire on police patrols and a police station, Hammad said.

Jordan plays a key role in the US-led military campaign against ISIL, which seized large areas in neighbouring Iraq and Syria in 2014 and proclaimed a “caliphate” there.

Many Jordanians oppose their country’s involvement, saying it has led to the killing of fellow Muslims and raised security threats inside Jordan.