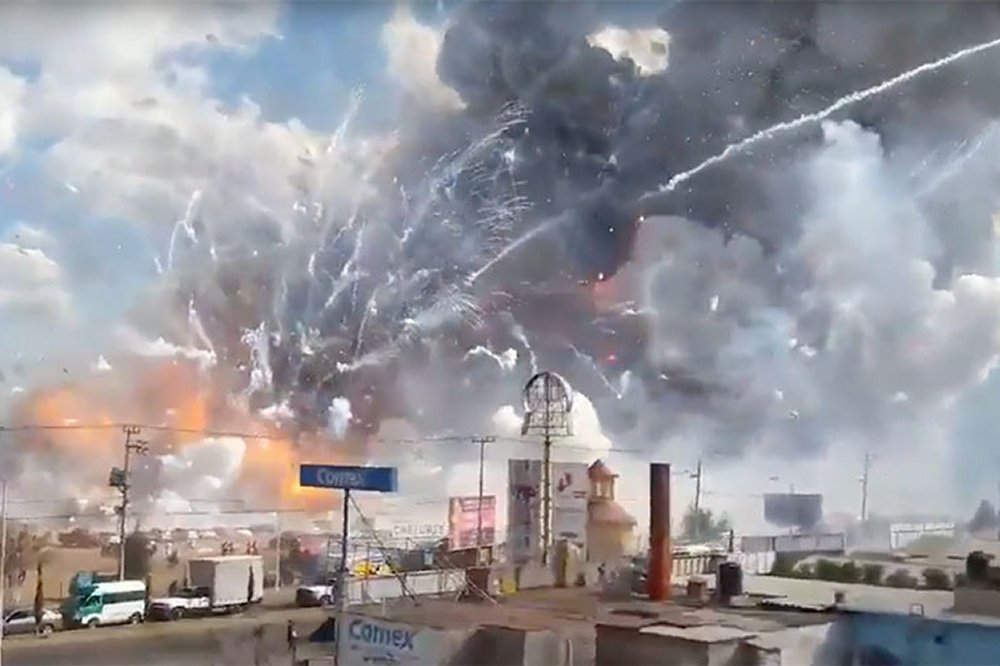 A huge explosion has rocked a pyrotechnics market in Greater Mexico City, injuring dozens of people. Eyewitnesses captured the exact moment of the blast on video. A large column of smoke can be seen ascending into the sky.

A series of blasts happened at around 2:50pm at a fireworks market, San Pablito. The explosions were even heard in the nearby towns of Cacalco and Tultitlan, locals wrote on Twitter.

At least 60 people were injured in the explosion, Luis Felipe Puente, National Coordinator of Civil Protection of the Ministry of the Interior, told reporters. At the moment there have been no confirmed deaths, he said according to El Sol de Mexico.

Firefighters, policemen, and paramedics from the nearby municipalities of Coacalco, Tultitlan, Cuautitlan Izcalli and Zumpango, were mobilized along with State Security Commission units, Quadratin reports.

Members of the Mexican Army also arrived to help with rescue and evacuation operations.

The city in which it happened, Tultepec, is known for its pyrotechnics industry. Every year, it holds a weeklong festival with fireworks competitions among producers.