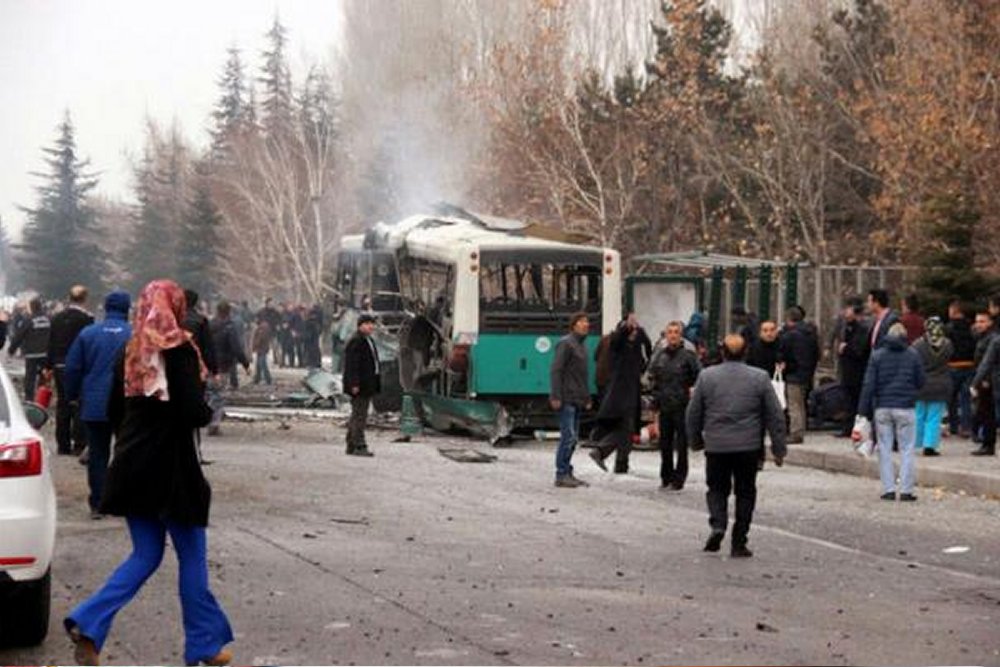 A car bomb explosion near a public bus in Turkey killed 13 off-duty soldiers and wounded 55 people on Saturday, according to Turkish officials.

Turkey’s Health Minister Recep Akdag said six of the injured people are in critical condition. The Turkish Armed Forces said civilians may have been injured in the blast, CNN reported.

The car bomb pulled up next to the bus transporting off-duty soldiers near Erciyes University in Kayseri. Multiple ambulances immediately responded to the scene.

“Unfortunately we have martyrs and wounded,” Kayseri’s governor, Suleyman Kamci, said, according to The Guardian.

The bombing took place a week after a pair of explosions at Istanbul’s Vodafone Stadium killed 38 people, mostly police officers, and wounded 155 others.

Those bombings were later claimed by an offshoot of the Kurdistan Workers’ Party, or PKK, a group that Turkish President Recep Tayyip Erdogan blamed for the Saturday car bomb attack.

Erdogan said Turkey was under “joint attack” by terrorists organizations including the “separatist terrorist organisation” the PKK, although no immediate claim of responsibility for the attack was made.

Deputy Prime Minister Veysi Kaynak also cited similarities between the bus attack and the attack on the soccer stadium in Istanbul.

“The car bomb attack resembles the Besiktas attack in terms of its style,” he said.