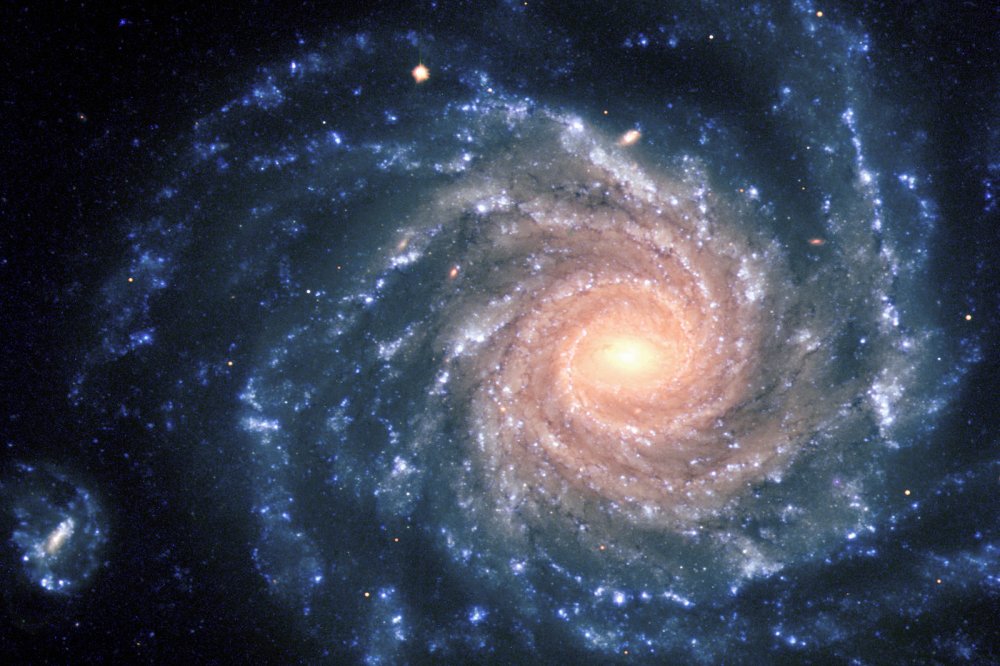 In a recent survey of mini-spiral galaxies, astronomers found a unexpected relationship between dark and light matter. The relationship is easy to measure yet impossible to explain using the Standard Model of physics.

Researchers from Italy’s International School for Advanced Studies conducted a statistical analysis of three dozen mini-spiral galaxies. Their work revealed a strong correlation between the organization of dark and regular matter in each galaxy.

“We studied 36 galaxies, which was a sufficient number for statistical study,” Paolo Salucci, an astrophysicist at SISSA, said in a news release. “By doing this, we found a link between the structure of ordinary, or luminous matter like stars, dust and gas, with dark matter.”

“It would not interact with ordinary matter except through gravitational force,” explained Ekaterina Karukes, who recently earned her PhD at SISSA. “Our observations, however, disagree with this notion.”

The strong correlation between the organization of dark and regular matter in mini-spiral galaxies undermines the assumptions of the Standard Model. The discovery demands a new model of physics.

“This can be a starting point for exploring this new kind of physics,” said Salucci. “These 36 items are the tip of the iceberg of a phenomenon that we will probably find everywhere and that will help us discover what we cannot yet see. ”

The scientists shared their findings in the Monthly Notices of the Royal Astronomical Society.

Satellites help discover a jet stream in the Earth’s core