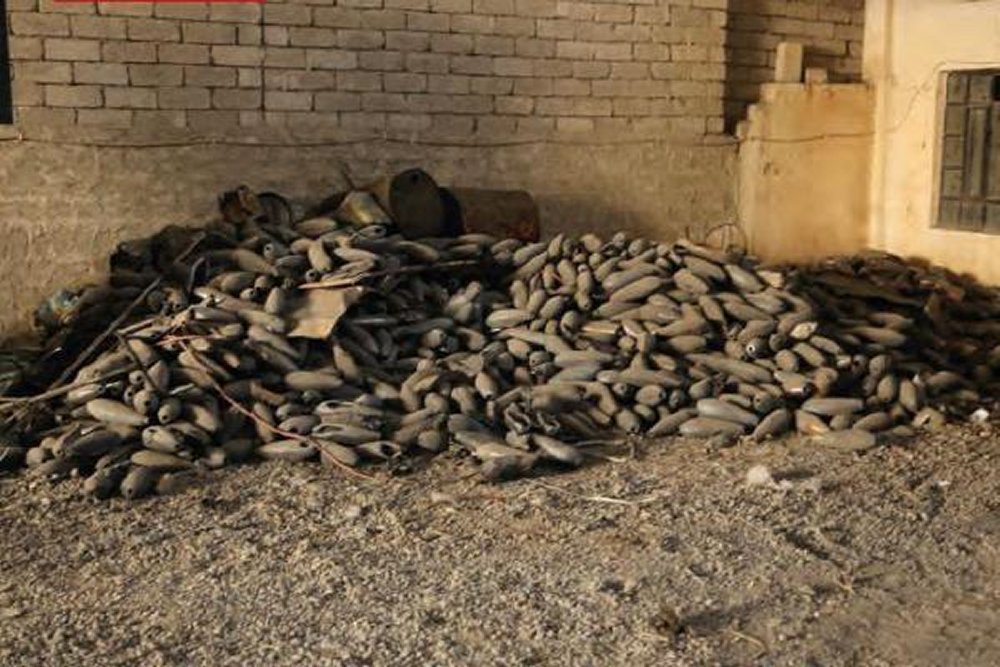 A report by the Britain-based Conflict Armament Research group found the Islamic State is able to produce weapons in an advanced, “unprecedented scale.”

The report, funded in part by the European Union, found the militant group operates under a standardized weapons production and quality control system, which issues “specific guidelines on weapon production parameters and controls manufacturing quality.”

The Islamic State uses similar practices as national military forces, such as in the way it stores rockets and mortar rounds for long-term storage and long-range transport in factory-grade packaging.

The report found the Islamic State has separate manufacturing plants specializing in different stages of weapons production which are centrally coordinated to produce a weapon.

The Islamic State also produced weapons quickly, the report said. Most of the weapons the CAR found were manufactured in October as Iraqi security forces and the Kurdish Peshmerga began their offensive to capture Mosul away from Islamic State control.

“These findings suggest that overall production by IS forces in the months leading up to the Mosul offensive runs into the tens of thousands” of rockets and mortars, the report said.

The Islamic State bought a lot of production materials in bulk, which would be easy to notice in commercial sales records, the report adds.

“CAR’s findings continuously reinforce evidence that the group operates a major acquisition network in Turkey and has a direct line of supply from Turkey, through Syria, to the Mosul area,” the group wrote.

The militant group had a “robust supply chain, whereby the group can repeatedly procure chemicals from the same supplier — almost exclusively from the Turkish domestic market,” the report said.

“CAR’s investigations among the recently liberated weapon and ammunition factories operated by IS forces reveal production on an unprecedented scale,” the group wrote. “Such an extended procurement system is only one part of a complex system of industrial weapon production operated by IS forces. In many respects, this system mirrors the reporting structures that would be expected of a national military force.”

Evacuations back on in east Aleppo, rescue groups say