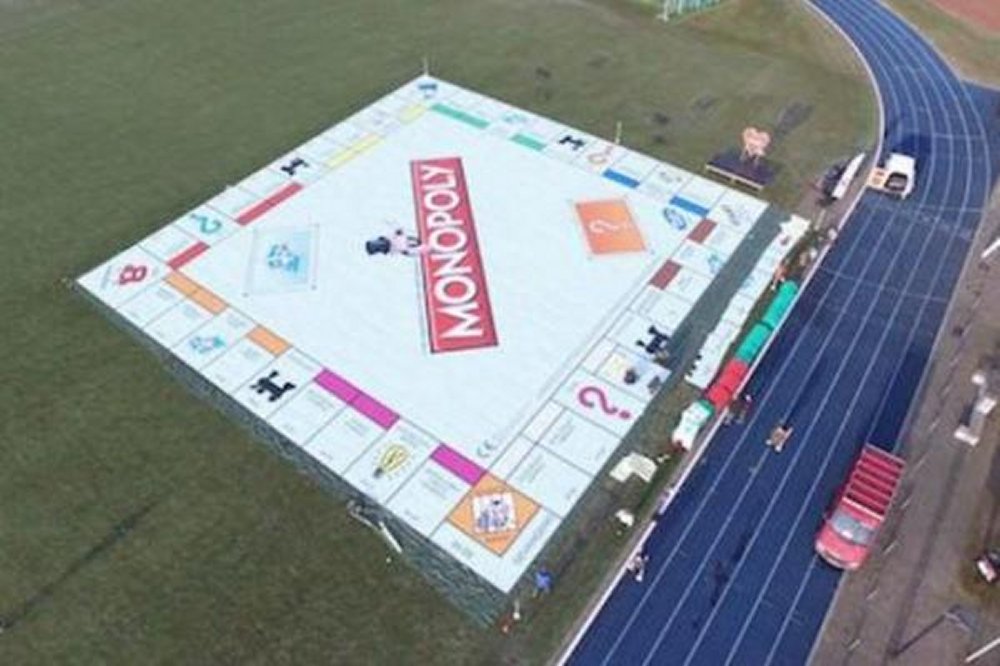 Guinness World Records announced a student association in the Netherlands broke a world record with a Monopoly board spanning more than 9,600 square feet.

The record-keeping organization said the Studentenvereniging Ceres group at Wageningen University teamed with Hasbro, the game’s maker, to construct the 9,689.97-square-foot Monopoly board from 804 printed panels.

The board was assembled on a university sports field, where students then played a round of the popular game under the supervision of Guinness adjudicator Jack Brockbank.

Brockbank confirmed the board broke the record of an 8,017.68-square-foot Monopoly board constructed earlier this year in the United States.