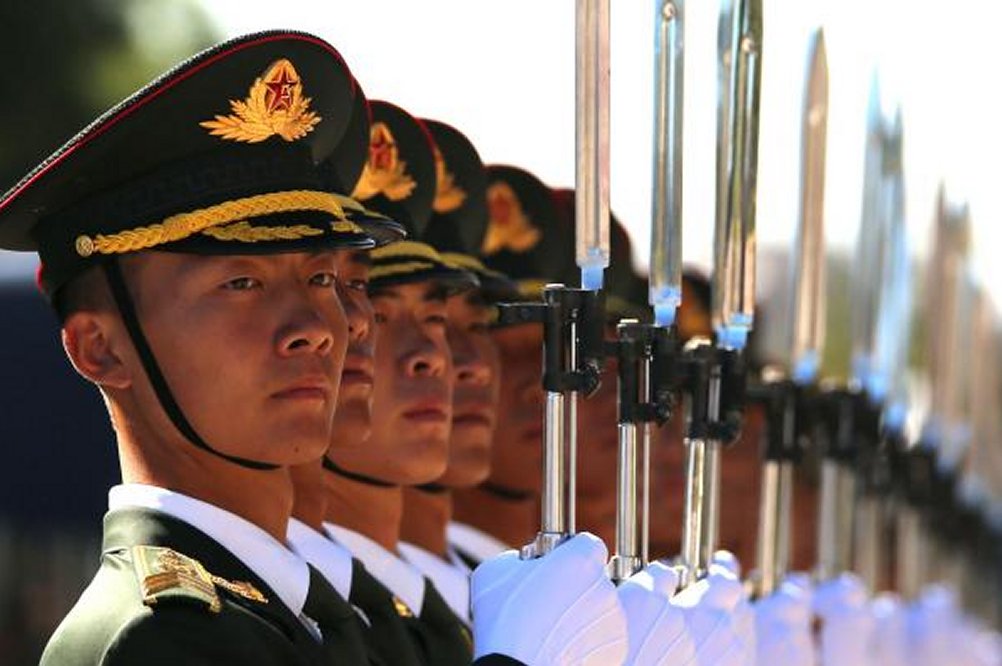 China’s state tabloid is calling for the expansion of defense spending on nuclear weaponry in response to U.S. President-elect Donald Trump’s critical stance toward Beijing.

The editorial published Wednesday in the Global Times comes at a time when China is imposing a penalty on an unnamed U.S. automaker for monopolistic behavior.

The state newspaper suggested Beijing should not be pushed out by a militarily powerful United States.

“China’s defense spending and defense capabilities cannot threaten the United States at all, and Trump’s declaration in relation to the ‘one-China’ policy has amply demonstrated U.S. arrogance,” the Global Times stated. “This kind of arrogant position originates from the military superiority of the United States.”

China spends less than the United States on the military.

According to IHS Janes, the United States is the No. 1 acquirer of military goods and services, having spent $622 billion, while China spent $192 billion.

The Global Times editorial also claimed China has not reached an “absolute military advantage over Japan,” and that Tokyo continues to provoke Beijing in the East China Sea.

In a move that appeared to underscore the tension in U.S.-China relations, Beijing is fining a U.S. carmaker for impeding competition, according to China Daily on Wednesday.

Director of the China’s National Development and Reform Commission Zhang Handong dismissed the notion the penalty was being imposed for political reasons and that nothing “improper” should be read into government action.

China is home to the world’s largest market for automobiles.

Related Topics:AsiaChinaDonald Trump
Up Next