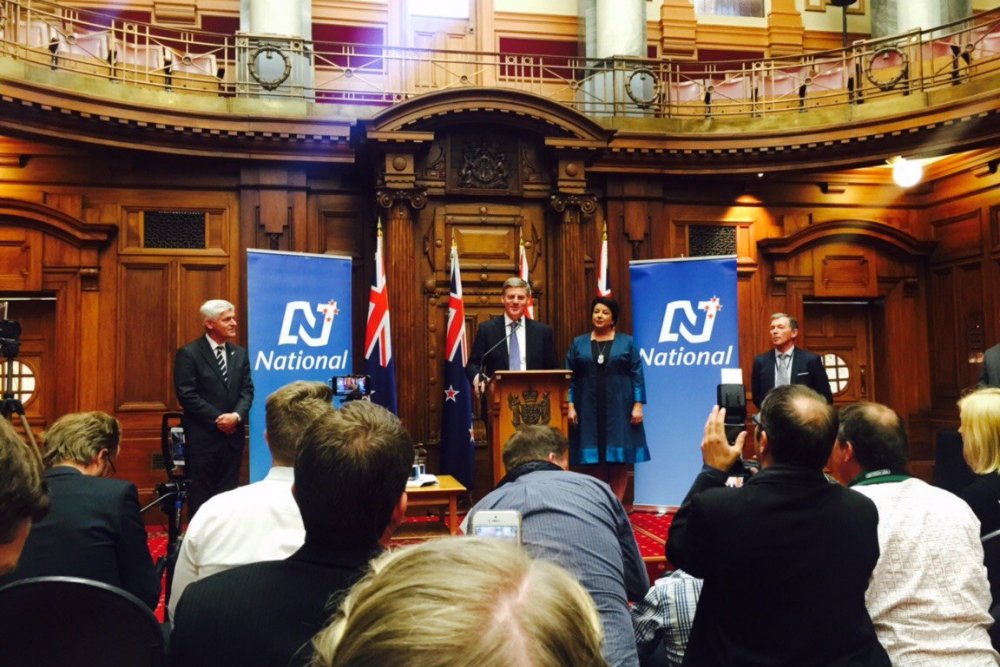 Outgoing New Zealand Prime Minister John Key said his goodbyes Monday as his replacement was sworn in to take over after Key’s surprise resignation last week.

Finance Minister Bill English was sworn in as prime minister Monday, chairing his first cabinet meeting as he looked to keep the country running smoothly since the very popular Key decided he wants to move on from serving in government.

English, who has served in Parliament for 26 years and had a previous leadership stint squashed when he took a thorough drubbing in New Zealand’s election in 2002.

Key recommended his finance minister when he announced his resignation, and English was solidly elected by his party to take the job. Social Housing Minister Paula Bennet was chosen as his deputy prime minister and Steven Joyce, the minister for tertiary education, skills and employment is taking over for English as finance minister.

“Excited and humbled to be elected the new Leader of the @nznationalparty with @paulabennettmp as Deputy Leader,” English tweeted after being sworn in.

“Under their leadership, New Zealanders will continue to benefit from the stable government they expect, along with a dedicated focus on delivering results for families and businesses,” said Peter Goodfellow, leader of the National Party on his expectation the duo would do a good job because they “provide a good mixture of experience and fresh thinking.”

English takes over for a popular leader in Key, and his previous failure and calm demeanor has some wondering how he will do in the job.

English entered New Zealand politics in 1990, and was promoted to a cabinet position in 1996, six years after joining parliament. After three years as health minister, English served as finance minister until being chosen as leader of the National Party in 2002. National lost spectacularly and English was dropped from leadership in 2003.

Since then, English — working closely with the popular Key — led the party to big wins in every election since 2008. The steady English said he knew Key was thinking about resigning in September and was told so he could decide whether he wanted to take another run at leading the party.

“The whole week has been very positive so I think it has confirmed it was the right decision to go ahead,” Key said.