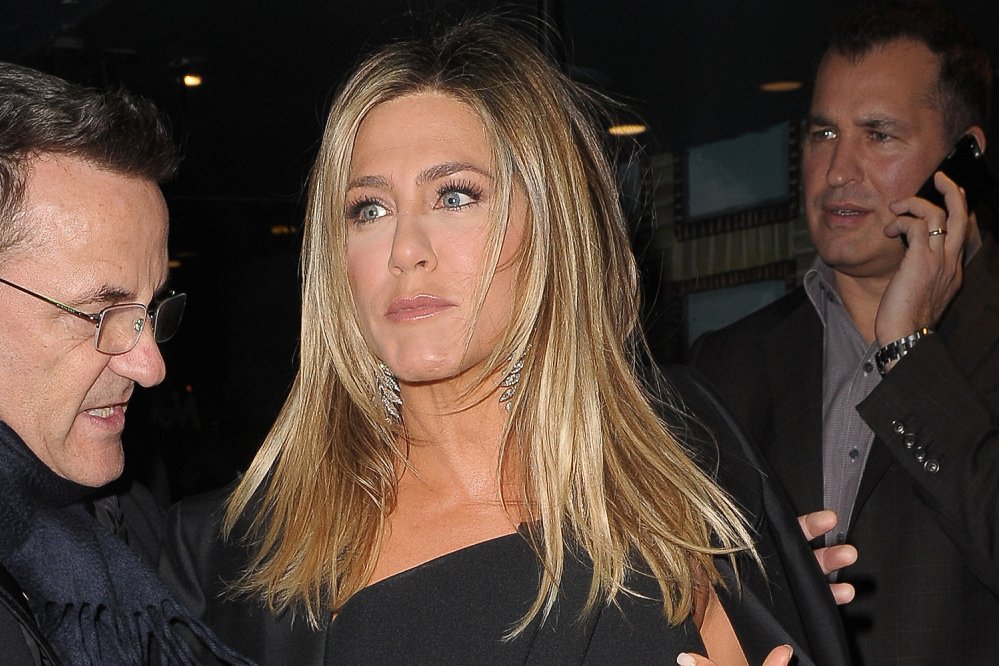 People who don’t chronicle every item of clothing worn by the rich and famous for a profession probably don’t know this, but one of the major perks of being a celebrity is having luxe pieces “gifted” to you. As in the brands lend their clothing and accessories to A-list stars in the hopes that the press generated by it will help their sales and their prestige, which should explain why you regularly see every Kardashian clad in ensembles that literally came straight off the runway. It should also explain how Jennifer Aniston found herself on the red carpet of a film premiere wearing a jacket that still had a handful of price tags firmly attached, an event she was happy to finally set the record straight about on Thursday night’s Jimmy Kimmel Live!

During the actress’s appearance on the late night talk show, Kimmel asked her about a particular photo from the screening of her new movie Office Christmas Party in New York in which you can see some large, white price tags affixed to the interior of her Céline jacket, saying, “I can’t imagine how this happens to you.” Aniston replied, “Well, here’s the sad part of that story, I’ve worn that coat about four times.” The host quipped, “isn’t that against the rules of Hollywood?” to which she replied, “apparently.” She continued, “I wore it at least four times, it was very sweetly gifted to me from a commercial that I had just shot. So I wore it home and I didn’t think about it at all, to be honest. And yeah, four wears later and this happened, and it’s not like it’s even a light tag!” At which point the late night host insisted, “you stole that coat didn’t you?”

While this particular article of clothing was not in fact swiped, Aniston did admit to having stolen some items in her youth. When asked what she took, the actress authoritatively stated, “Beads. From a bead shop. Like when you made bead necklaces when you were 8.” She explained, “I was with my friend Monique, we were walking home, we weren’t with our parents at eight years old so that tells you a lot. But so, they were just little and we thought we were awesome and we came home and laid them all out, just thinking about all of the necklaces we were going to make, and then her mom walked in. I mean, we weren’t hiding it like you would if you’d stolen something, we weren’t smart thieves. So then we had to go back and personally return the beads.” And clearly, the whole debacle taught her a lesson as she never stole anything again. But really, who needs to steal when everything is gifted?

‘Stranger Things,’ ‘The Crown,’ ‘Game of Thrones,’ ‘Westworld’ each up for 3 SAG Awards