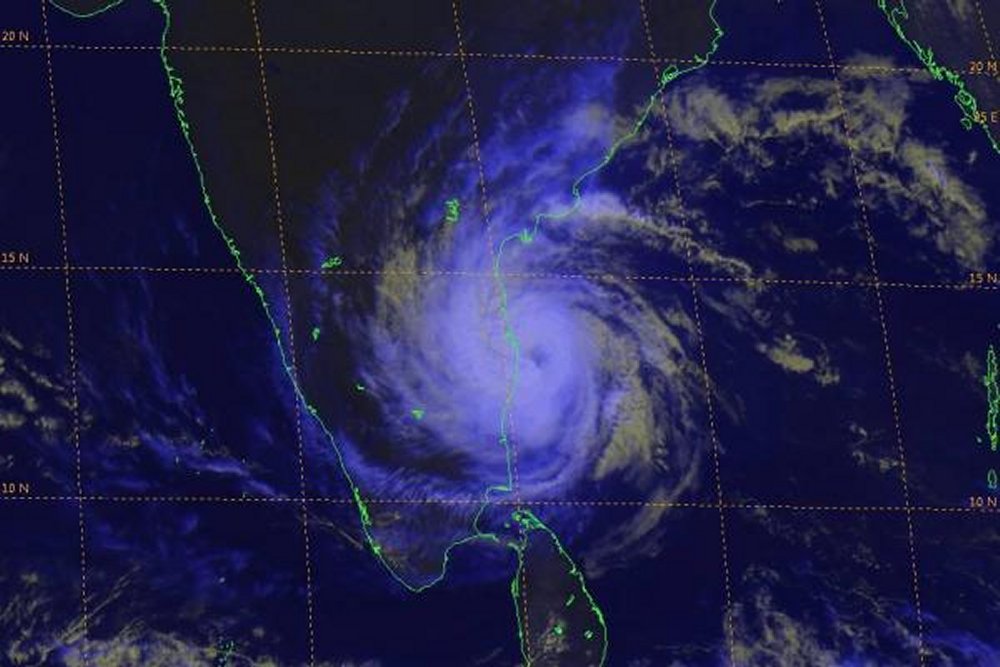 India braced itself to take a beating from Cyclone Vardah Monday as the severe storm bore down on the country’s southern coast, bringing heavy wind and rain to the city of Chennai.

More than 9,000 people were evacuated in the south of India starting Sunday night ahead of Vardah’s landfall, with the storm expected to bring sustained winds over 60 miles per hour and storm surge that may reach one meter high.

While the storm is expected to drop to tropical storm strength after making landfall — sustained winds under 56 miles per hour — more than nine million people are in Vardah’s potential path. Wind is not the main concern for the storm, meteorologists say, as heavy rain may last for hours and cause flooding or worse.

“Remain in safe places and cooperate with state government officials and disaster management agencies,” the National Disaster Management Authority in India asked residents in a tweet ahead of the storm.

More than 174 shelters were opened to house those evacuated from Chennai, as well as other districts in the coastal region. Heavy rain had already been reported before the storm reached the coast, and in some areas power grids were shut down to prevent them from being damaged.

In addition to evacuations going on for the last 12 hours, at least 50 flights have been delayed, some train services were shut down, all schools and universities have been closed and government employees were asked to work from home.

Making landfall early Monday over the coastal city of Chennai, Vardah is expected to move west over India toward Bangalore later Monday afternoon. Storm surge is expected be significant near the coast and many areas may see five inches or more of rain as the storm pulls through.