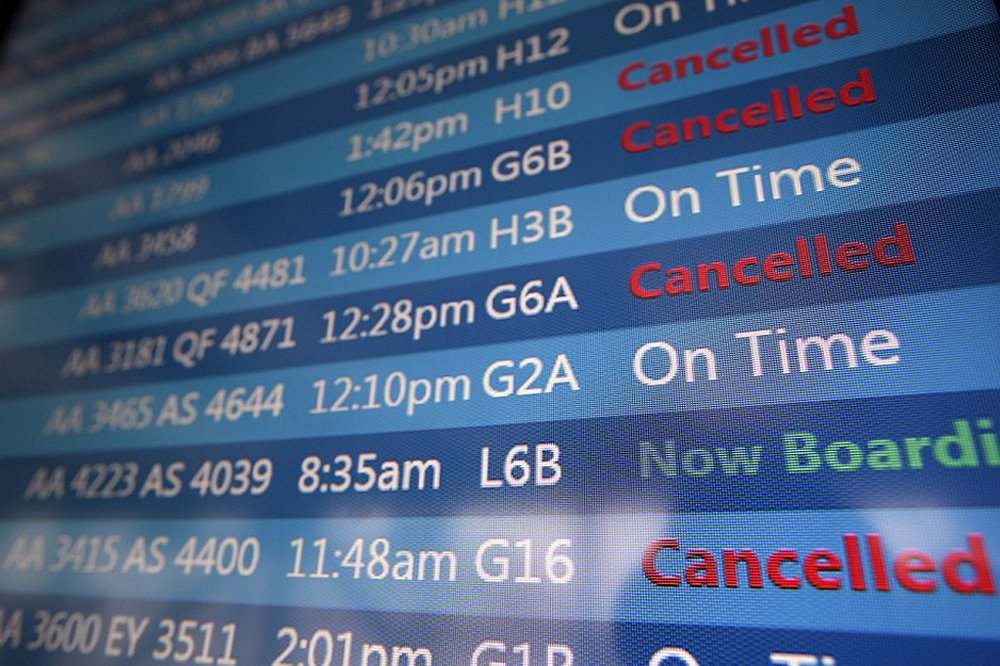 Chicago’s airports announced the cancellation of a total 1,397 flights Sunday amid a winter storm making its way eastward across the Midwest.

The cancellations where about evenly split between arrivals and departures.

O’Hare’s official Twitter account said Sunday that United Airlines and American Airlines preemptively canceled “most regional flights and some mainline flights” due to the snow and Midway Airport tweeted late Saturday that most Southwest Airlines flights were being canceled.

The National Weather Service said Chicago is expected to receive 7 to 12 inches of snow during the winter storm warning, which runs through Sunday night.