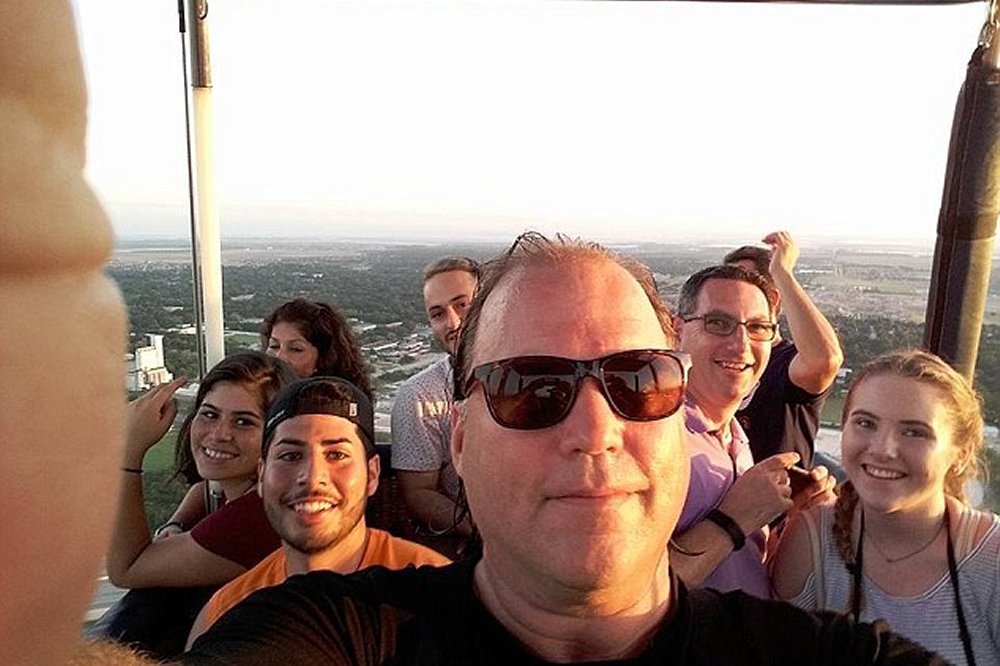 The pilot of a fatal hot-air balloon crash in Texas in July was on a cocktail of prohibited drugs during the flight and had a history of drug and alcohol-related offenses, the National Transportation Safety Board said in a hearing about the crash Friday.

Alfred “Skip” Nichols, 49, had seven FAA-banned drugs in his system, including the painkiller oxycodone and the sedative valium, when he took off from Lockhart, Texas, in the early morning hours of July 30 with 15 passengers, the NTSB said. Everyone aboard the balloon, including Nichols, died when it hit electrical transmission lines and crashed into a pasture.

Investigators found Nichols was on 13 prescription drugs for a host of medical conditions that included type II diabetes, depression and fibromyalgia. National safety rules prohibit pilots from taking many of the drugs found in Nichols’ system, but balloon pilots are not required to undergo periodic medical checkups as required of other commercial pilots.

Nichols had a lengthy criminal history that included leaving the scene of an accident, multiple driving while intoxicated offenses and drug possession arrests.

“According to FBI National Crime Information Center records and Missouri driving records, the pilot had multiple arrests, convictions, and incarcerations,” the NTSB said in a report. “Additionally, at the time of the accident the balloon pilot did not have a valid Missouri driver’s license and was not eligible to obtain a license until 2020.”

The NTSB also found the weather conditions on the day of the ill-fated flight — including clouds and fog — were not optimal. A panel of six balloon industry representatives at a hearing on Friday about the crash said they would not have flown on that day based on weather reports Nichols received, Bloomberg reported.

Investigators have been calling on the Federal Aviation Administration, which oversees the industry, to tighten regulations on balloon operators. Balloon pilots can get a license to fly people with only 20 hours of experience and do not have to undergo recurrent training.