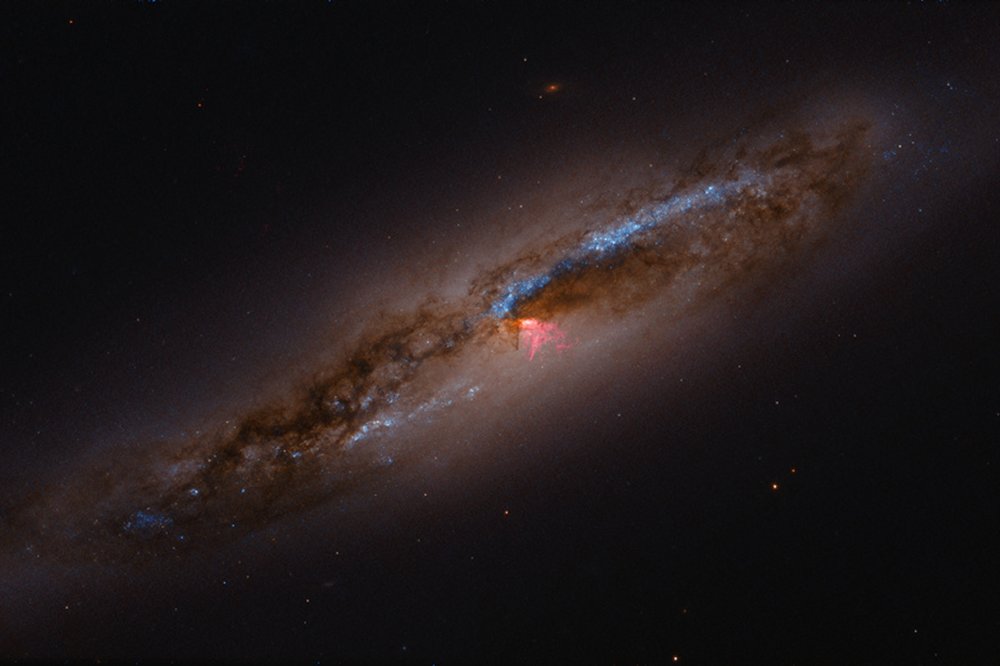 Hubble recently captured an image of a galaxy in transition, straddling the line between two identities.

NGC 4388 is one of 1,300 galaxies making up the Virgo Cluster. The gravitationally-bound galaxies are found within the Virgo Constellation.

Its spiral classification is inspired by the galaxy’s two symmetric spiral arms, snaking out from its orb-like center. Hidden within the dark clouds of dust outlining the arms are beams of bright blue radiation, a sign young stars are being born.

Scientists believe the dual identities of NGC 4388 are a result of its position within a crowded cluster where galaxies are colliding, merging and influencing one another in a variety of ways.