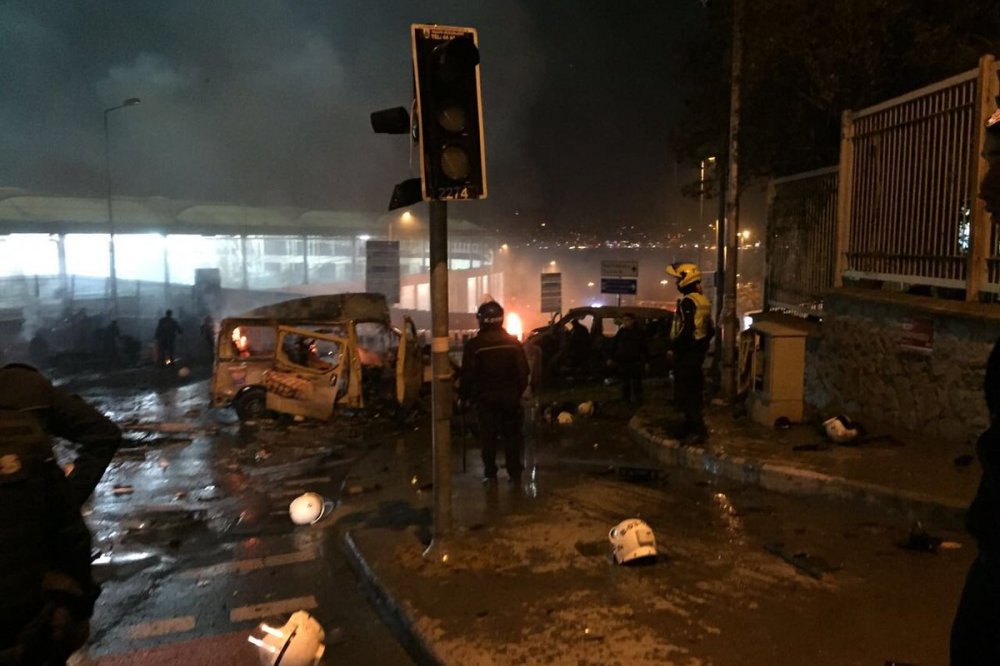 Two huge explosions have occurred in the Turkish city of Istanbul, according to news reports and posts on social media.

Reports say that police are evacuating the area, which is home to the Besiktas football club and arena overlooking the Bosphorus Strait.

Reuters news agency reported at least 20 people have been injured.

Turkey has experienced a bloody year of attacks in its two biggest cities that have left dozens dead and put the country on high alert.

Kurdish armed groups have twice struck in the capital Ankara, while suspected Islamic State of Iraq and the Levant (ISIL, also known as ISIS) suicide bombers have hit Istanbul on three occasions.

In June, 47 people were killed in a triple suicide bombing and gun attack at Istanbul’s Ataturk airport, with authorities pointing the finger at ISIL.

Another 57 people, 34 of them children, were killed in August in a suicide attack by an ISIL-linked bomber at a Kurdish wedding in the southeastern city of Gaziantep.

The country is also still reeling from a failed July 15 coup blamed on the US-based preacher Fethullah Gulen that has been followed by a relentless purge of his alleged supporters from state institutions.