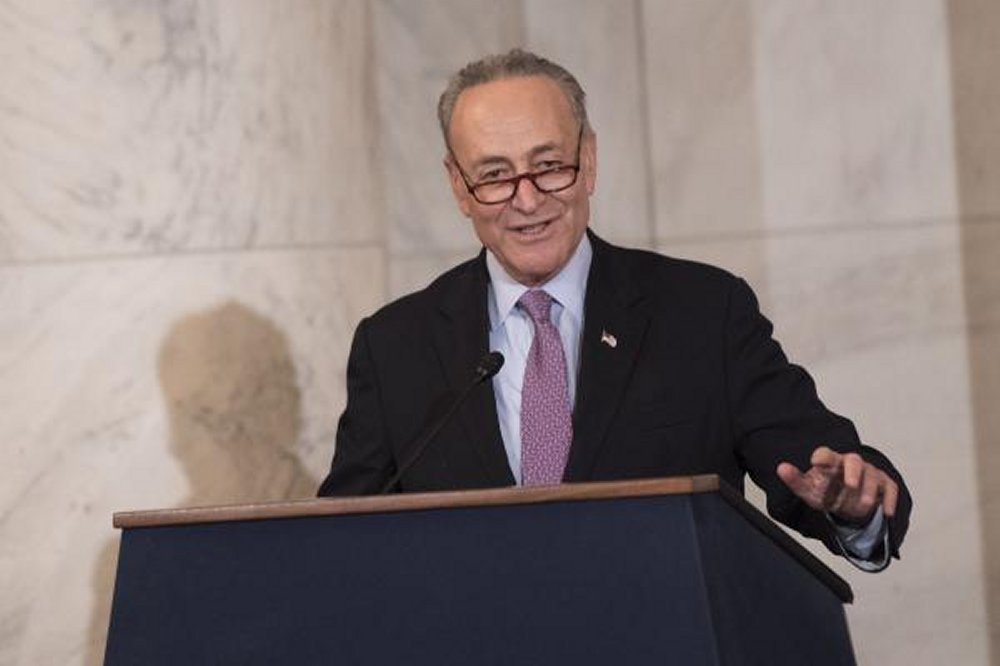 Schumer, the incoming Senate Democratic leader, said Saturday the idea any country “could be meddling in our elections should shake both political parties to their core,” in response to a report by the Washington Post on Friday that the CIA said hackers sought to influence the election in favor of President-elect Donald Trump rather than simply undermine the results.

“Senate Democrats will join with our Republican colleagues next year to demand a congressional investigation and hearings to get to the bottom of this,” he said. “It’s imperative that our intelligence community turns over any relevant information so that Congress can conduct a full investigation.”

Trump’s transition team responded to the CIA’s report by recalling one of the agency’s failures regarding nuclear weapons in Iraq under the Bush administration, CNN reported.

“These are the same people that said Saddam Hussein had weapons of mass destruction,” Trump’s team said in a statement. “The election ended a long time ago in one of the biggest Electoral College victories in history. It’s now time to move on and ‘Make America Great Again.'”

Trump himself dismissed the idea of Russians hacking the election in an earlier interview with Time magazine.

The individuals were also described as part of a movement by Russia to deliberately hinder Clinton’s campaign in favor of Trump.

“It is the assessment of the intelligence community that Russia’s goal here was to favor one candidate over the other, to help Trump get elected,” a senior U.S. official said. “That’s the consensus view.”

During a presentation to U.S. senators, the CIA said it was “quite clear” the goal of the Russian hacks was to elect Trump, officials said.

Obama requested the report be completed before Trump’s inauguration on Jan. 20, but Monaco did not state whether the findings will be made public.

White House spokesman Eric Schultz said the review will frame the hacks against “malicious cyber activity” around the 2008 and 2012 elections for greater context and promised to “make public as much as we can.” Politico reported.

“This will be a review that is broad and deep at the same time,” he said.

Pilot in deadly balloon crash that killed 16 was on prohibited drugs, NTSB says