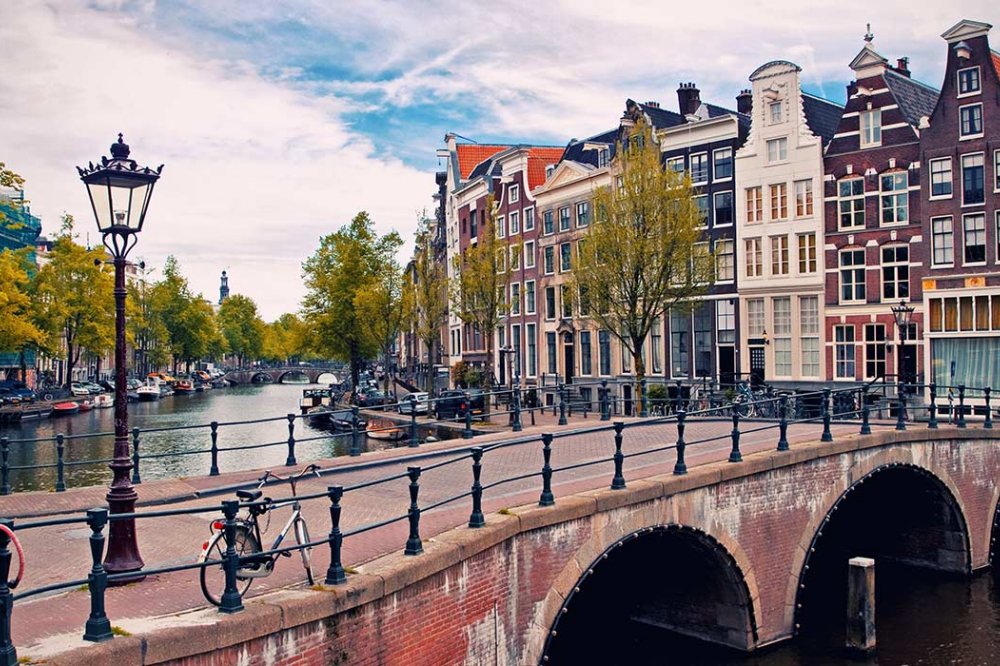 With 60 miles of canals and nearly 7,000 buildings dating from the 18th century or earlier, Amsterdam is one of Europe’s best preserved cities—the center has barely changed since Rembrandt’s time. Yet it’s no mere museum piece: T+L’s Amsterdam travel guide shows that, alongside the historic monuments and Old Masters, the city is a modern capital with all the trappings a traveler could want, including a wide range of hotels, innovative restaurants, and stylish shopping.

Colorful, quirky and charming, the old-world city is lined with 17th century building, canals, and the constant sight of bicycles whizzing by. But it also bears the hallmarks of a thriving and downright lenient metropolis. While many young people visit Amsterdam for the marijuana scene—and perhaps to peek at the legal prostitutes in the Red Light District—the city is teeming with high culture, from the world-class art in the Van Gogh Museum and the Rijksmuseumn to P.C. Hooftstraat, the shopping street where you can find plenty of the contemporary, cutting-edge design that has become a source of pride in Amsterdam and the Netherlands.

There’s no bad time to go to this Dutch capital, but in general, May through October is the main travel season, when temperatures are warmest. Crowds peak in July and August. The other top time for a trip to Amsterdam is tulip season: The city bursts into bloom as early as March, and the plumage can extend into May. Rain is possible year-round, and winter can bring occasional snow and slush, so pack layers. Overall, it’s generally mild, but often wet, so bring an umbrella and suitable clothing at any time of year.

July and August are popular—and busy. If you want to see the tulips, come mid-April to early May. You’ll find better deals and quieter crowds October to March, with the exception of New Year’s Eve. This is a unique and riotous celebration in Amsterdam, and well worth experiencing.

Amsterdam is compact, so walking or renting bikes to make use of the great bike lanes is easy. Yet public transport (trams, metros, and buses) also is excellent. Buy a chip card at a ticket vending machine or counter, or ask the driver for a tourist pass (there are one- to seven-day cards starting at $8).

Some attractions (especially the Van Gogh Museum and Anne Frank House) get very busy, especially in summer, so booking a ticket and time to visit in advance. The city is generally safe, but pickpockets operate widely; be careful on the tram and at the market.

Over 300 tourists stuck on top of Mt. Hakodate, Japan