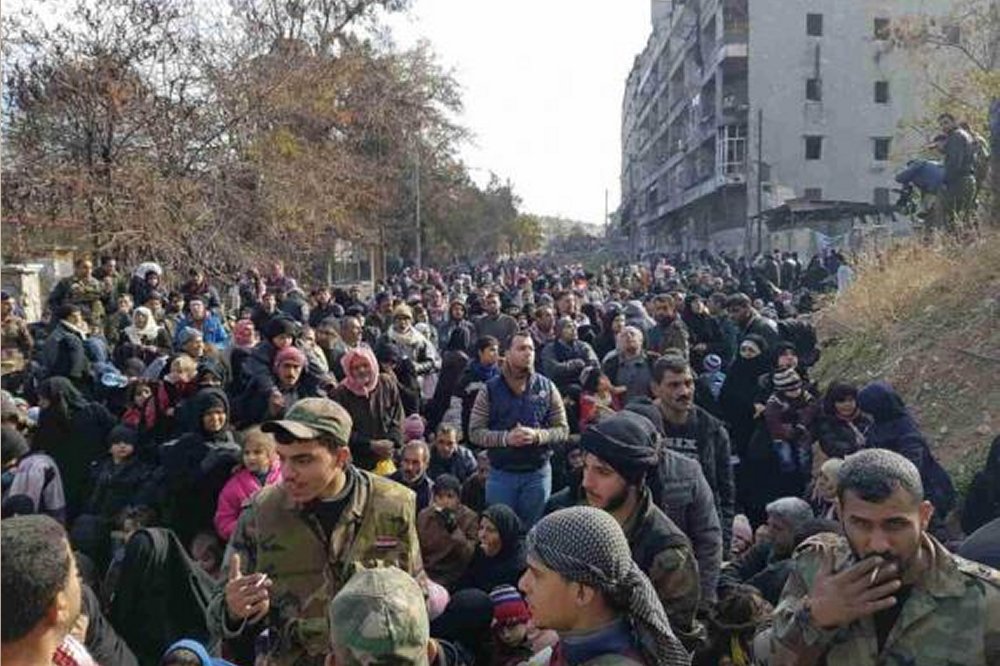 Syria’s army has paused military operations in Aleppo to allow civilians to flee the city but concerns about violence after the city falls abound.

Russian Foreign Minister Sergei Lavrov said Thursday that fighting in Aleppo has stopped for the moment ahead of meetings Saturday with U.S. Secretary of State John Kerry and other world leaders about the next steps to prevent violence after Islamic State militants are ejected from the city.

“I can tell you that today, combat operations by the Syrian army have been halted in eastern Aleppo because there is a large operation under way to evacuate civilians,” Lavrov said during a meeting of European foreign ministers held Thursday in Germany.

Though Russia announced the Syrians had paused their attacks in Aleppo, some on the ground said they did not see much of a difference in fighting. Russia and China had previously rejected a U.N.-proposed seven-day ceasefire on Dec. 6, preferring instead to continue ongoing talks with Kerry and other world leaders.

Aleppo has been 75 percent taken back from the Islamic State, also known as ISIS, ISIL and Daesh, but worldwide criticism of how the brutal battle for the city has been waged and number of civilians who have been killed or injured is motivating efforts to find a better path forward.

There are concerns that Shiite militias Iran has sent to help Syria take back its land, who are more feared than Hezbollah or Iran’s Revolutionary Guard, could turn their attention to the Free Syrian Army — who are among the rebels the United States has backed in the Syrian civil war and battle against ISIS there — and slaughter them all.