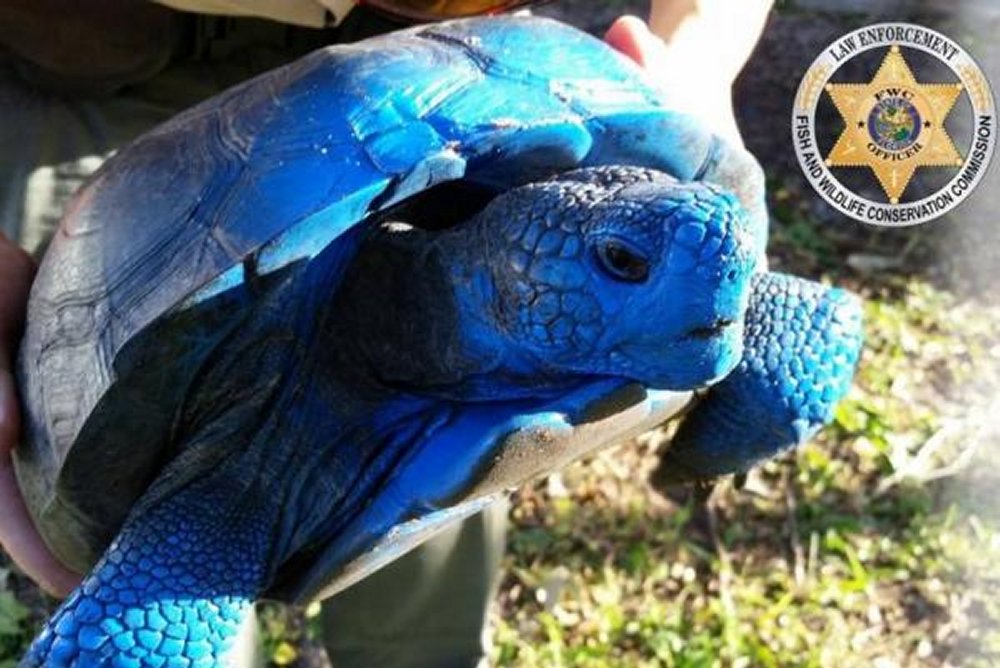 The Florida Fish and Wildlife Conservation Commission posted a photo to Facebook showing the all-blue tortoise discovered by Officers Cobo and Morrow when they responded to a residential property on a report of an injured tortoise.

The FWC determined the tortoise had been colored with blue spray-paint.

“It is both illegal and very harmful to the health of a gopher tortoise to paint any part of their body or shell,” the FWC said. “Paint can inhibit their ability to absorb vitamins from the sun’s UV rays through their shells, has the potential to cause respiratory problems and can lead to harmful chemicals being absorbed into their bloodstream.”

“Further, removing the paint without harming the tortoise is a challenge,” the Facebook post said. “Fortunately, the tortoise was taken to an animal rehabilitation facility for paint removal, where it recovered and was eventually released back to its burrow with a slight blue hue.”

The Back to Nature Wildlife Refuge & Education Center shared photos in December 2015 of two gopher tortoises that had been “vandalized” by paint-wielding pranksters.

Gopher tortoises are listed as Threatened in Florida and are a protected species.