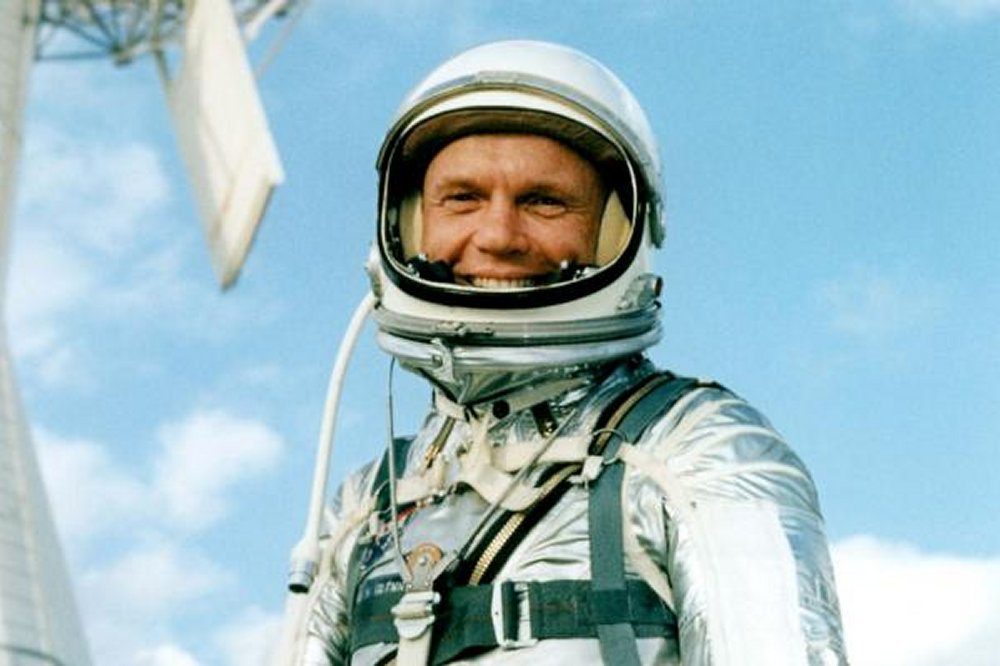 John Herschel Glenn, Jr., one of the most prominent astronauts in American history and a four-term U.S. senator from Ohio, died Thursday at a medical center in Columbus, hospital officials said. He was 95.

“We are saddened by the loss of Sen. John Glenn, the first American to orbit Earth. A true American hero,” NASA said in a statement. “Godspeed, John Glenn. Ad astra [to the stars].”

“John Glenn is, and always will be, Ohio’s ultimate hometown hero, and his passing today is an occasion for all of us to grieve,” Ohio Gov. John R. Kasich said. “As we bow our heads and share our grief with his beloved wife, Annie, we must also turn to the skies, to salute his remarkable journeys and his long years of service to our state and nation.”

Born in southeast Ohio on July 18, 1921, Glenn for lived most of his 95 years with heroic and almost mythical status. He studied engineering in college and joined the U.S. Army Air Corps after the Japanese attack on Pearl Harbor, almost exactly 75 years ago Thursday, before enlisting in the U.S. Navy in 1942.

Glenn flew numerous combat missions in the South Pacific and patrol missions into China at the end of World War II, and was called upon again during the Korean conflict. Multiple tours and nearly 150 combat flight missions in two wars earned him a slew of commendations, including the Distinguished Flying Cross and the Air Medal.

His military service complete, Glenn joined the newly-formed NASA in 1958 when the agency was recruiting its first class of astronauts. He was ultimately one of just seven men chosen for the space program — subsequently branded the “Mercury Seven” — out of a candidate field of more than 500 applicants.

Four years later, Glenn became the first American to orbit the Earth by piloting the “Friendship 7” spacecraft — and was just the fifth human being in space, after two of his American teammates and two Russian cosmonauts.

Prior to the landmark February 1962 launch at Cape Canaveral, Fla., a mission controller coined a now-historic phrase by sending off the 40-year-old test pilot with, “Godspeed, John Glenn.” After his return, Glenn was christened an American hero and became synonymous with NASA’s grand space exploration plans of the 1960s that were fueled famously by the innovative vision of former President John Kennedy.

Donald Trump to continue as executive producer on ‘Celebrity Apprentice’