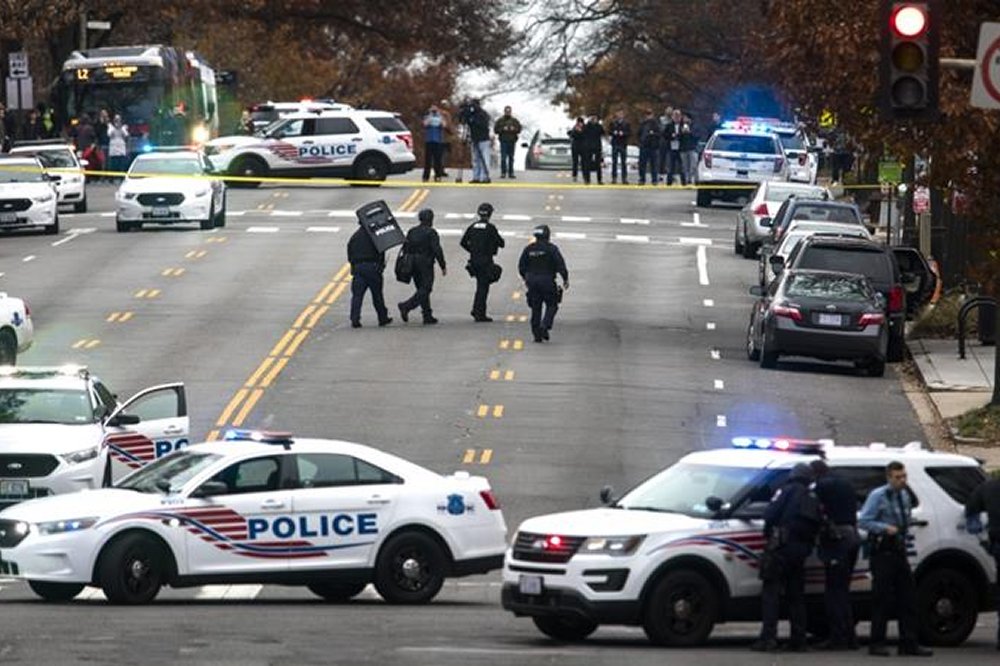 A man who said he was investigating a conspiracy theory about Hillary Clinton running a child sex ring out of a pizza place has fired an assault rifle inside a Washington, DC, restaurant injuring no one, police and news reports said.

Metropolitan Police Department spokeswoman Aquita Brown said police received a call on Sunday afternoon about a male with a weapon on Connecticut Avenue.

Edgar Maddison Welch, 28, of Salisbury, North Carolina, walked into Comet Ping Pong and pointed a firearm in the direction of a restaurant employee, the Washington Post reported.

The employee was able to flee and notify police. Welch then fired the gun into the floor.

Police responded and arrested Welch without incident. They recovered an “assault rifle”, Brown said. Welch was charged with assault with a dangerous weapon.

Two firearms were recovered inside the restaurant and an additional weapon was recovered from the suspect’s vehicle, police said in a statement on Sunday evening.

The Comet Ping Pong restaurant gained notoriety during the 2016 US presidential campaign after fake news stories stated that Clinton and her campaign chief ran a child sex ring out of the restaurant.

As the story spread online, fanned by right-leaning conspiracy theorists on discussion sites 4chan and Reddit, the restaurant owner received hundreds of threatening messages about the alleged sandal, dubbed “Pizzagate”.

Welch told police he had come to the restaurant to “self-investigate” the matter, the police statement said.

The Comet, its owner, staff and nearby businesses have been caught up in the onslaught of conspiracy theories, and many have fallen victim to social media attacks and death threats, the Post reported.

While police initially said the incident did not appear to be related to the threats, business owners and residents told the Post they believed it was related to “Pizzagate”.

Fake news stories and threats connected to November’s presidential elections have forced the Comet’s owner to contact local police, the FBI, and Facebook in an effort to remove slanderous articles.

“There will be a time and a place to address how and why this happened in greater detail but for now I will simply say we should all condemn the efforts of some people to spread malicious and utterly false accusations about Comet Ping Pong,” Comet owner James Alefantis told WUSA-TV.

Trump threatens 35% tariff as ‘retribution’ for companies that offshore jobs