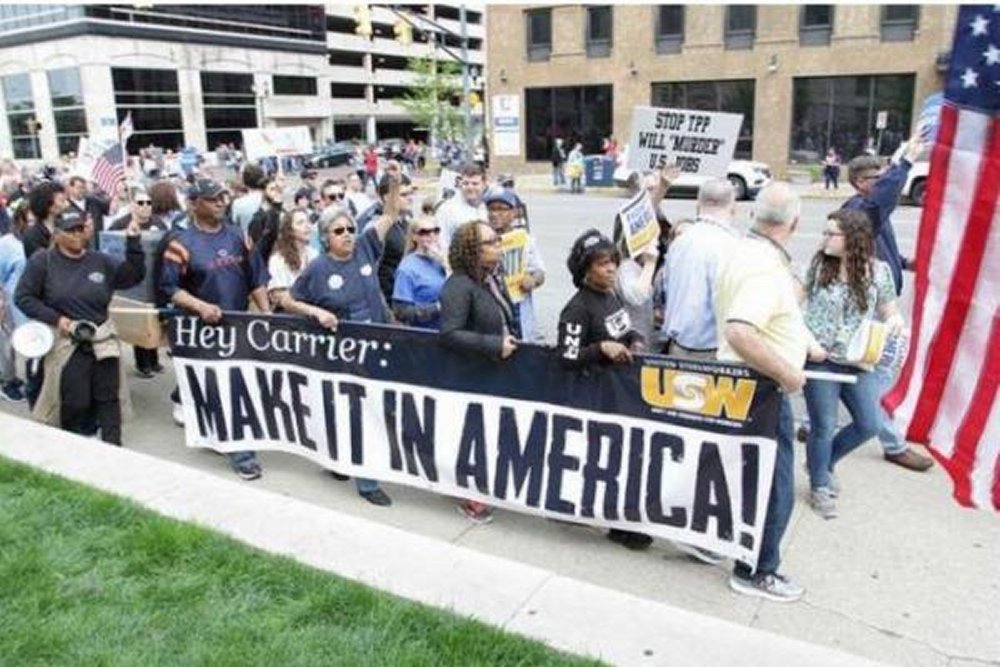 President-elect Donald Trump threatened companies with a 35 percent tariff on goods sold back to the United States if they move their operations outside the country.

During a barrage of early morning tweet Sunday, Trump warned of “retributions or consequences” for companies that move factories offshore.

Trump said he plans to give companies incentives to stay in the United States by lowering corporate taxes and slashing regulations.

The United States is going to substantially “reduce taxes and regulations on businesses, but any business that leaves our country for another country, fires its employees, builds a new factory or plant in the other country, and then thinks it will sell its product back into the U.S. without retribution or consequence, is WRONG!” Trump tweeted. “There will be a tax on our soon to be strong border of 35% for these companies wanting to sell their product, cars, A.C. units etc., back across the border. This tax will make leaving financially difficult, but these companies are able to move between all 50 states, with no tax or tariff being charged. Please be forewarned prior to making a very expensive mistake! THE UNITED STATES IS OPEN FOR BUSINESS.”

Last week, Trump announced he had negotiated a deal to keep 1,000 of 1,400 jobs at a Carrier plant in Indianapolis instead of losing them to Mexico. Indiana promised to provide Carrier about $7 million in incentives and company would invest $16 million in the factory that makes air conditioners over the next two years.

On Friday in a Twitter post, Trump criticized Rexnord of Indiana for moving to Mexico and “rather viciously firing all of its 300 workers.” He noted: “This is happening all over our country. No more!”

On Capitol Hill, his economic policy regarding factories has been criticized by some Republicans and Democrats. It’s viewed as government involvement in free market and likened to corporate bribery.

Sen. Ben Sasse, R-Nebraska, who did not endorse Trump, was skeptical of the threat in a tweet: “Pres-Elect Trump means well. But won’t his 35% tariff idea raise prices on American families? How would it not be a new 35% tax on families?”

Related Topics:Donald TrumpU.SUnited Steelworkers
Up Next