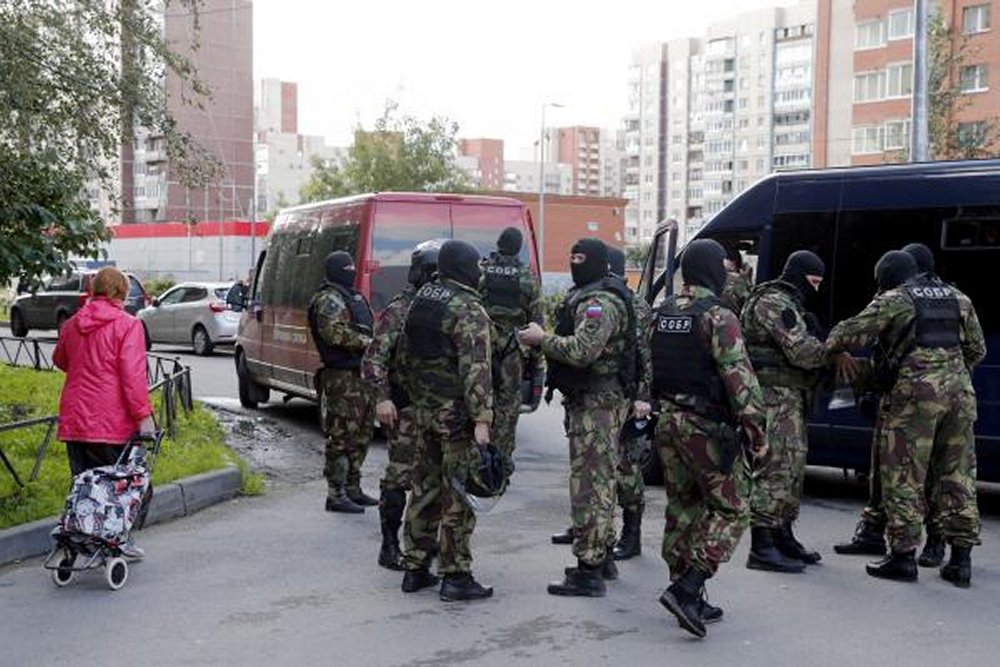 The leader of a branch of the Islamic State operating in the North Caucasus was killed, Russia security officials said Sunday.

Rustam Aselderov, also known as Abu Muhammad, was one of five militants killed near Makhachkala, the capital of the Republic of Dagestan, RIA Novosti news agency reported. The region is between the Black Sea and the Caspian Sea within European Russia.

Aselderov, 35, was described as the ringleader of provincial Islamic State operations in a statement from the Federal Security Service, once known as the KGB.

He was linked to two separate suicide bombings in the Russian city of Volgograd that killed more than 30 people in December 2013 and two car bomb attacks in Dagestan in May 2012 that killed 14 and injured at least 120. He was fighting for a different militant group then and switched his allegiance to Islamic State leader leader Abu Bakr al-Baghdadi in December 2014.

Security forces approached a residence where the militants were hiding, officials said. The militants fired automatic weapons and government forces fired back.

The FSB said security personnel found “automatic weapons and a large amount of ammunition and explosives” at the property. Russia offered nearly a $78,000 reward in October for information on his whereabouts.

The United States declared Aselderov a “foreign terrorist fighter” in September 2015 after the Islamic State appointed him leader of the region.

Militants from region, which lies immediately east of the Republic of Chechnya, have traveled to join Islamic State fighters in Iraq and Syria.