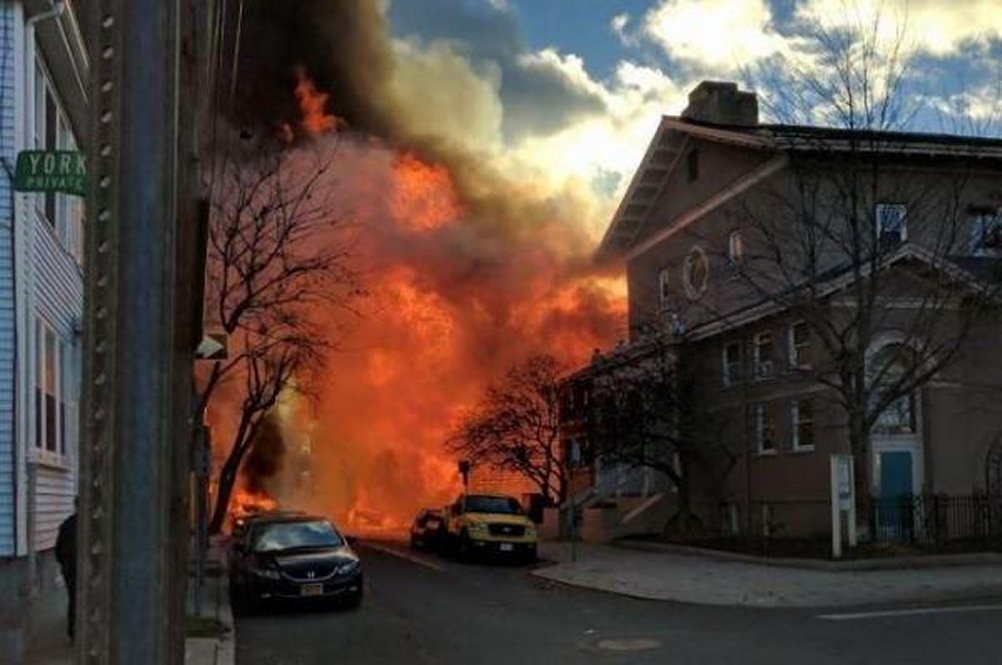 The Massachusetts State Fire Marshal’s Office said up to 11 buildings were damaged, some severely, by a fire in Cambridge, which caused up to six minor injuries.

The Cambridge Fire Department said a former church that was converted into affordable housing was among buildings severely damaged by the massive, 10-alarm fire that began at about 2 p.m. on Saturday. Firefighters were still at the scene as of Sunday morning.

“The fact that it happened in daylight, people were up and around and conscious and not sleeping at night was obviously something in our favor,” Cambridge Fire Chief Gerald Reardon told reporters at the scene.

About 140 firefighters from 17 local communities initially responded to the blaze. The Fire Marshal’s Office said the fire began at a three-family home that was undergoing renovations. The building collapsed.

The Red Cross said the fire displaced about 60 people. Officials are working to determine the cause of the fire.

“This looked like a ball of fire across the street,” Reardon said. “It looked like something you could see in a war zone.”

More than 1,600 people lost power. The fire was contained at about 8 p.m. Saturday.

“This looks almost like a third-world country after a bombing,” Reardon said.