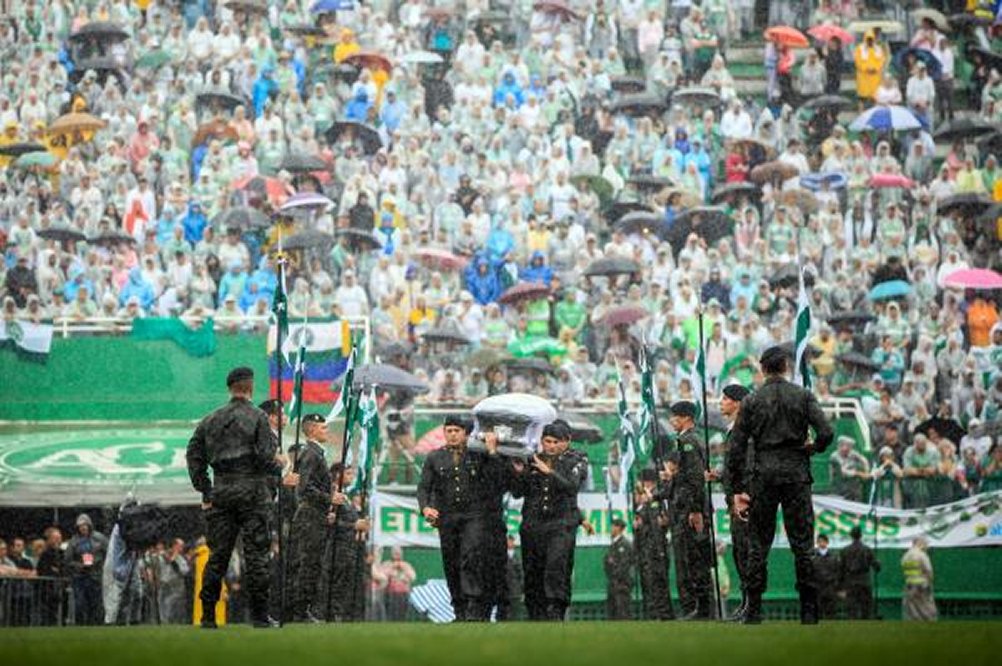 Funeral burials began on Sunday for the Brazilian victims killed in the LaMia Flight 2933 plane crash in Colombia in which 71 people died.

A charter plane headed from Bolivia to Medellin for the championship match of the Copa Sudamericana crashed Monday night into mountainous terrain near Rionegro, Colombia. Most of the victims were members of the Chapecoense Brazilian soccer team — 19 of which were players and 25 of which were team executives.

The funeral for Sandro Luiz Pallaoro, president of Chapecoense, was held Sunday in Chapecó — the team’s hometown, the team said. The funerals for other victims will be held in their respective communities, such as in Campos dos Goytacazes, where the funeral of Chapecoense’s player Bruno Rangel was also held Sunday.

“CONMEBOL have testified that they will crown Chapecoense as champions of the Copa Sudamericana,” Ivan Tozzo, Chapecoense’s acting president, told Globo Esporte.