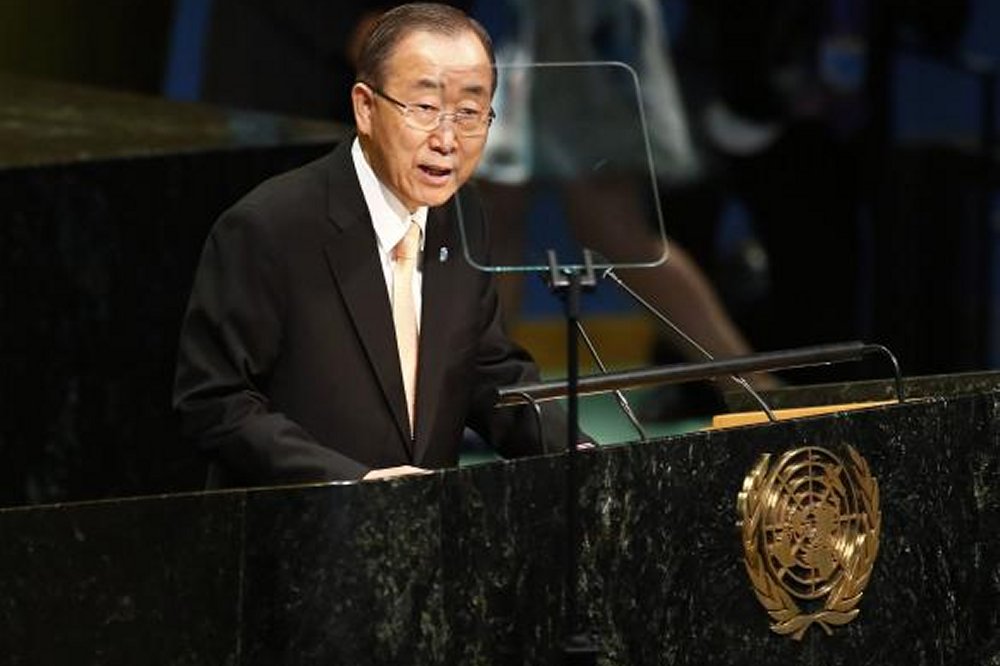 The leader of the United Nations apologized to the people of Haiti Thursday for the organizations’ failure to help the island nation deal with a six-year-long cholera outbreak, offering a multi-year plan to solve the problem and take action to prevent a recurrence in the future.

U.N. Secretary General Ban Ki-moon offered an apology for the lack of action by the international community to help relieve and prevent suffering and loss of life sustained in Haiti since a cholera outbreak started there in 2010.

The outbreak, which has affected more than three-quarters of a million people, was made even worse earlier this year when Hurricane Matthew shredded the island.

“On behalf of the United Nations, I want to say very clearly: We apologize to the Haitian people,” Ban told the U.N. General Assembly. “We simply did not do enough with regard to the cholera outbreak and its spread in Haiti. We are profoundly sorry for our role.”

Since October 2010, nine months after an earthquake rocked and devastated Haiti, a cholera outbreak has plagued the country, affecting about 788,000 people and killing more than 9,000.

“Eliminating cholera from Haiti, and living up to our moral responsibility to those who have been most directly affected,” Band said, “will require the full commitment of the international community and, crucially, the resources necessary.”

Ban proposed a two-part approach to solving the cholera situation in Haiti.

First, increasing access for treatment of sick individuals, which can help prevent cholera in the first place, is key, he said. This involves increasing the number of rapid response teams in the country, improving disease surveillance, better combination of cholera vaccination and improvements to water supply and sanitation, and overall behavioral change strategies — all of which can prevent the spread of the disease.

The second part is the development of a package of material assistance and support to Haitians most affected by cholera, their families and their communities. The details of the package are still being worked out, including whether direct support to individuals could help the situation

“I want to stress that on the scale of global humanitarian and development needs, limited sums are required to eliminate cholera in Haiti,” Ban said. “This mission is realistic and doable. Cholera is a treatable and preventable disease. It can be controlled and eliminated. What is standing in the way is adequate resources and means of delivery.”