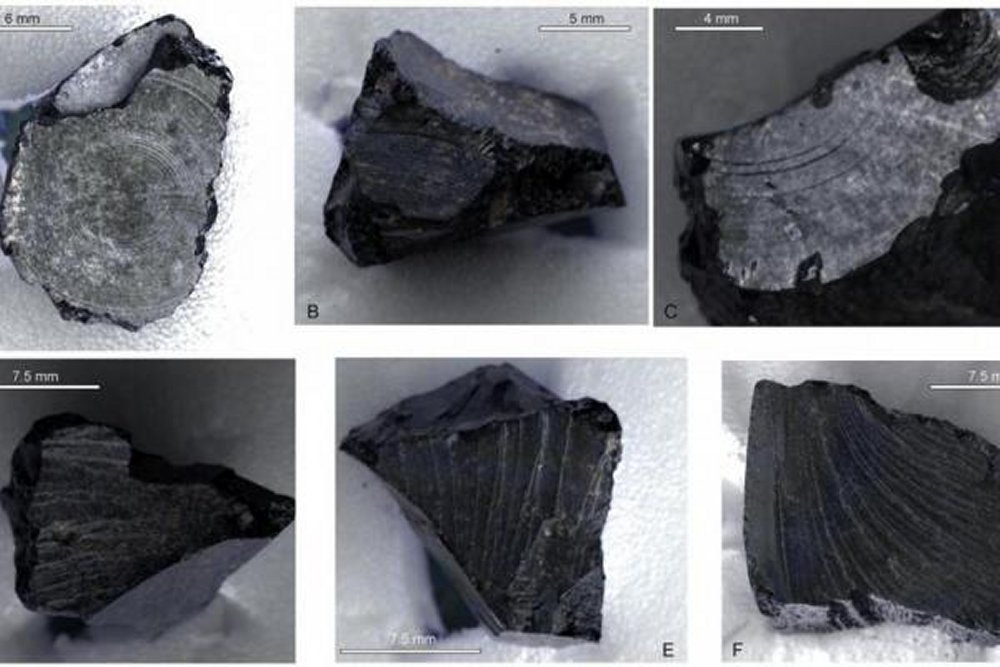 Bitumen is a tarry asphalt-like substance used for waterproofing and as an adhesive by a variety of ancient civilizations — the Egyptians, Persians, Greeks, Romans and others — as early as the 5th century B.C. Bitumen artifacts are rare in Britain.

“There are quite a few local sources of bitumen in the U.K. but the chemical fossils within show that this material comes from the Dead Sea family of bitumens, perhaps sourced in Syria,” Stephen Bowden, an Aberdeen geoscientist, said in a news release. “It shows that even a thousand years ago petrochemical products were being traded internationally.”

The ship burial — literally a ship used as a burial chamber — was discovered among the Sutton Hoo burial mounds in 1939. It remains one of Britain’s greatest archaeological discoveries, offering insights into the customs of Anglo-Saxon civilization and yielding a wealth artifacts, including jewelry, silverware, coins and ceremonial armor.

The discovery — detailed in the journal PLoS ONE — is proof there are still new insights to be gleaned from the ship burial, even after 75-plus years of excavation.

Scientists aren’t sure what the bitumen was being used for in East Anglia, but will continue to search for clues.

“Whether acquired by gift or trade, the find demonstrates the far-reaching network of the East Anglian elite at this time and raises intriguing questions about the use and value of bitumen in early medieval Northern Europe,” said Pauline Burger, a research fellow at the British Museum.

To communicate, some ants swap spit