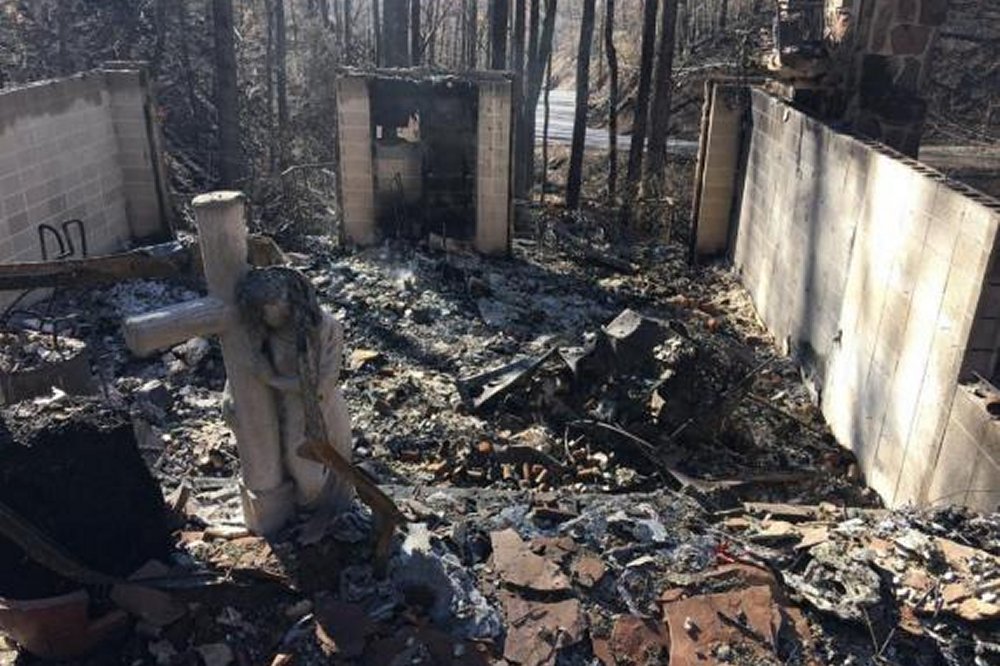 Four more people have died in the huge wildfire in Tennessee this week, bringing the death toll to 11, as firefighters continue fighting flames in some areas, search for survivors in others and clear wreckage along the way.

Firefighters have battled back large swaths of the wildfire that burned across the Smoky Mountain National Park, Gatlinburg and other areas of the state this week, and plan to start letting people back into the city and other towns to survey damage to their property.

Even as rains in the last two days reduced a lot of the fire and allowed responders to start clearing roads, downed powerlines and debris, officials say winds may start picking back up late Thursday night and early Friday. With some hotspots still burning, the officials said they’re afraid of fire starting to spread again.

“We don’t want any of our recent precipitation to give any false sense of security, because fire is a tremendous beast,” said Gatlinburg Fire Chief Greg Miller.

Since Monday, the blaze has burned more than 17,000 acres across the region, causing 14,000 people to be evacuated from their homes, some of whom barely made it as the fire traveled quickly and overtook structures. More than 700 structures in Sevier County were damaged in the fire, about 300 of them in Gatlinburg.

Fire officials confirmed four new deaths on Thursday, bringing the total linked to the fire up to 11, though most of their identities have not been released. In the case of one women who has been identified, Alice Hagler, she waited to leave and was on the phone with her son frantically telling him her house was on fire when the line went dead.

Some businesses in the county had reopened, as had most schools, but most people are unsure of their property as firefighters are still working to search for missing people — most have been found, but there is a short list they are looking for — and must make sure it is safe for people to be in the towns.

Gatlinburg Mayor Mike Werner, who lost his home and seven condominium buildings he owned in the fire, has done the same thing most officials and firefighters have for the last week: Ignore their own lives and focus on reassuring people that “everything is going to be OK.”