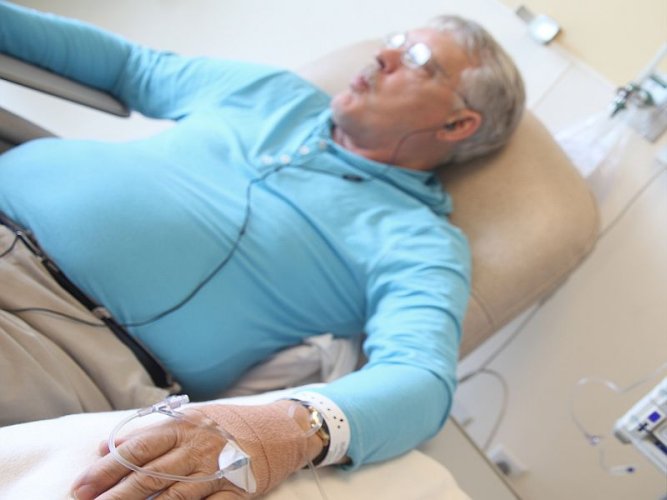 Using a new cancer drug with an existing one appears to work against soft tissue sarcoma cancers, a new study indicates.

These cancers of soft tissues such as fat, muscles, blood vessels, tendons and ligaments are rare, but difficult to treat if they are advanced and have spread to other parts of the body, the researchers said.

“Soft tissue sarcomas represent a rare group of malignant tumors. Despite the use of surgery, radiotherapy and chemotherapy to treat the tumor in the localized region in which it started, up to 40 percent of patients will develop recurrence with cancer cells spreading to other parts of the body,” said researcher Antoine Italiano. He heads the early phase trials and sarcoma units at Institut Bergonie in Bordeaux, France.

His study found that the combination of a new cancer drug called GDC-0575 with the existing cancer drug gemcitabine (Gemzar) killed soft tissue sarcoma cancer cells in laboratory and mouse studies, as well as in two patients who received the therapy in an early phase 1 clinical trial.

The patients went a longer-than-normal period without their cancer progressing, the French researchers said.

The researchers analyzed tumor samples from the first patient at the start of treatment and when the cancer started to grow again, to identify genes that might play a role in the patient’s eventual resistance to the therapy.

“We have identified 16 potential [resistance] genes, and these data now have to be validated by further studies,” Italiano said.

The findings were to be presented Thursday at a cancer conference in Munich, Germany. Research presented at meetings is viewed as preliminary until published in a peer-reviewed journal.

The next step is to conduct a phase 2 clinical trial to assess the safety and effectiveness of this type of combination therapy, the researchers said in a news release from the conference.

The American Cancer Society has more on soft tissue sarcomas.