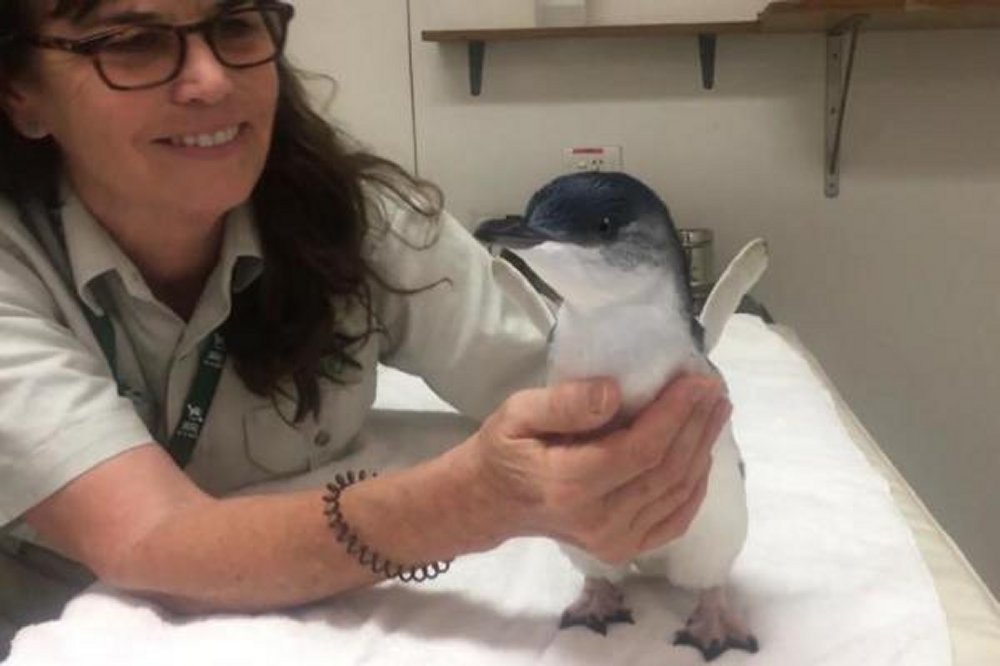 A baby penguin is being given temporary shelter at an Australian zoo after it was found wandering solo in a suburban Sydney storm drain.

The RSPCA said animal welfare inspectors were summoned to an intersection in the Haberfield area Thursday by local residents Josh Pirini and Scott Martin who encountered the tiny fairy penguin while they were walking along the stormwater drain.

“They called the RSPCA for assistance but as we were en route, a gush of water actually went through a smaller drain and pushed it back down into the larger stormwater drain,” RSPCA Inspector Tyson Hohlein told the Australian Broadcasting Corp.

“While we were still in transit the two of them were able to get a towel and corner it and contained it within that towel until the RSPCA got there,” Hohlein said. “We then took it off their hands and I transported it to the Taronga Zoo Wildlife Clinic where it was assessed by one of the veterinarians there.”

Hohlein said the penguin, which was a little confused and dehydrated but in otherwise good health, may have come from a small colony of penguins living around Sydney Harbor, or it may have traveled even farther from a large penguin colony near Manly.

“He’s very active so the signs are leaning towards an earlier release rather than later,” Hohlein said. “It’s a very lucky penguin and it certainly would have been on quite the adventure.”