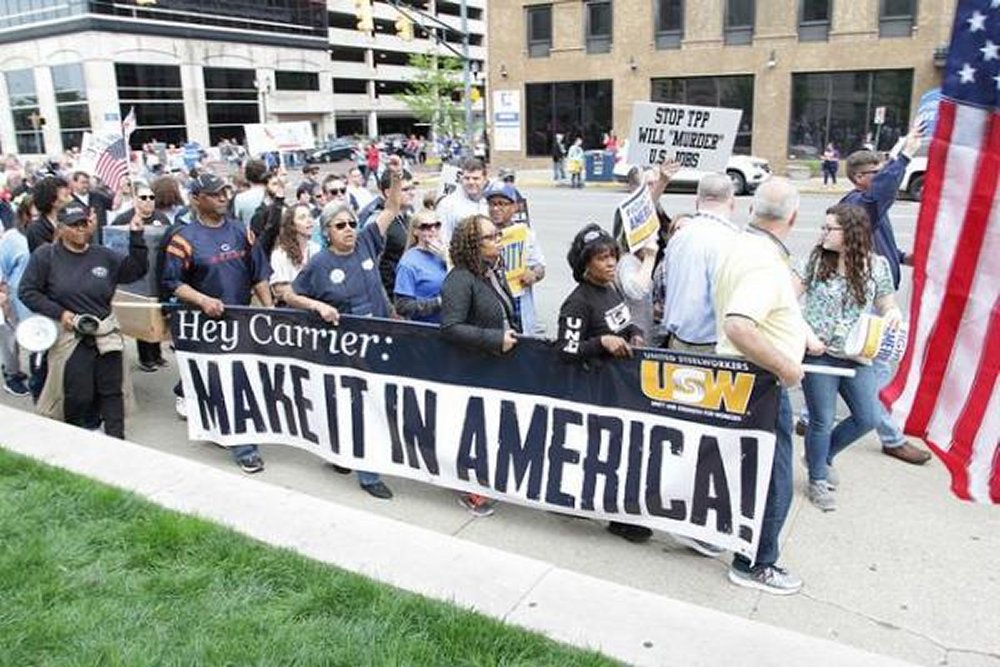 While the details of a deal are not clear, President-elect Donald Trump appears to have started to make good on one of his most-repeated campaign promises — to stop companies from shipping manufacturing jobs out of the United States.

Carrier and the Trump administration negotiated a deal to keep 1,000 of the 1,400 jobs in Indianapolis that it had been planning to move to a new factory in Mexico, with at least some of the deal including monetary incentives from the state of Indiana to stay there.

Trump spoke extensively during the campaign about preventing jobs from leaving the U.S., focusing on an announcement by Carrier to move some of the heating and air conditioning production facility to Mexico.

“We are pleased to have reached a deal with President-elect Trump and VP-elect Pence to keep close to 1,000 jobs in Indy,” Carrier posted on Twitter after word of the deal was leaked to the media. “More details soon.”

The deal was negotiated by Vice President-elect Mike Pence and Greg Hayes, CEO of Carrier parent company United Technologies, and may have been made easier by the fact that Pence is still governor of Indiana and in a position to offer the company incentives not to move.

The plan to move some of Carrier’s manufacturing to Mexico was purely an economic decision, but some say threats from Trump about how companies that move jobs out of the United States would be treated by his administration may have also played a role in the company’s change of heart.

Trump and Pence are expected to appear in Indiana Thursday to celebrate the deal.