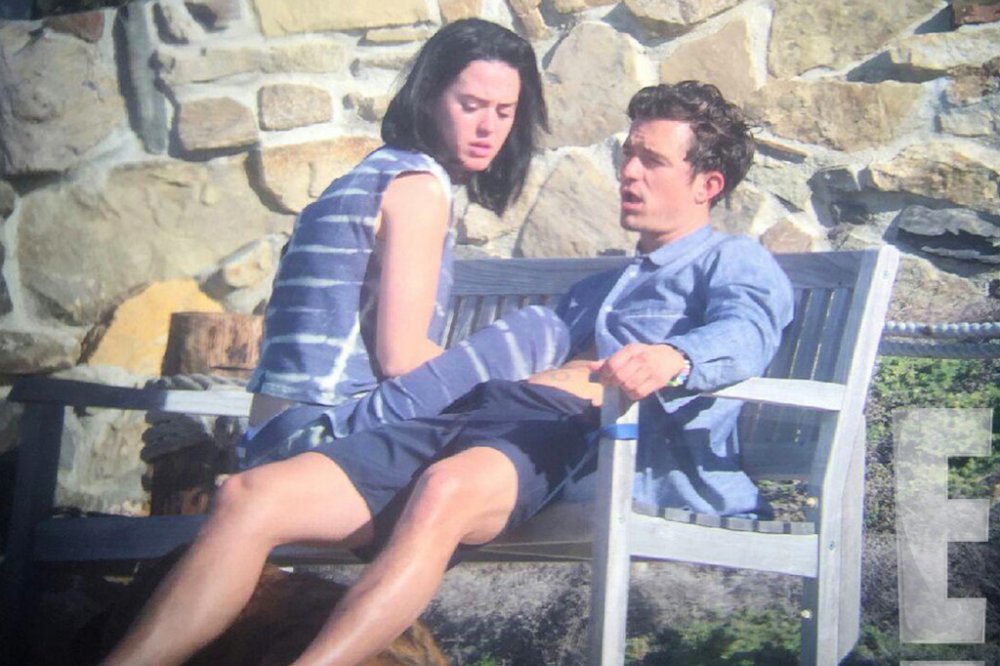 Katy Perry and boyfriend Orlando Bloom may be headed for the altar.

The 32-year-old singer and 39-year-old actor sparked engagement rumors Monday after Perry was spotted wearing a massive ring on her left ring finger during a date in New York.

Perry appeared to flaunt the ring for photographers as she and Bloom arrived at The Polo Bar in Manhattan, according to Entertainment Tonight. The ring features a large yellow diamond surrounded by a halo of white diamonds.

“She walked with her left hand leading her, and bent her hand to show off the large sparkler to the cameras,” a source said.

“Katy’s mood was better than [I] had seen it before,” the insider added. “Katy was happy and laughing, joking with Orlando and pals … [They] seemed proud to show off their happiness.”

Perry and Bloom were first linked in January, and were recently rumored to have split. The singer put breakup rumors to rest last week by sharing posts with Bloom from her family’s Thanksgiving celebration.

Sources previously told People that Perry and Bloom “seem to be heading” for an engagement. The couple reportedly get along “really well” and are “serious about each other and their relationship.”

“[Orlando] always gushes about Katy and thinks she is amazing in a million ways,” an insider said. “[He] would love to settle down with Katy and have more kids. He hasn’t been this serious about a girl since [ex-wife] Miranda [Kerr].”

Bloom and Kerr, who share 5-year-old son Flynn, split in 2013 after three years of marriage. Kerr herself got engaged to Snapchat founder Evan Spiegel in July.