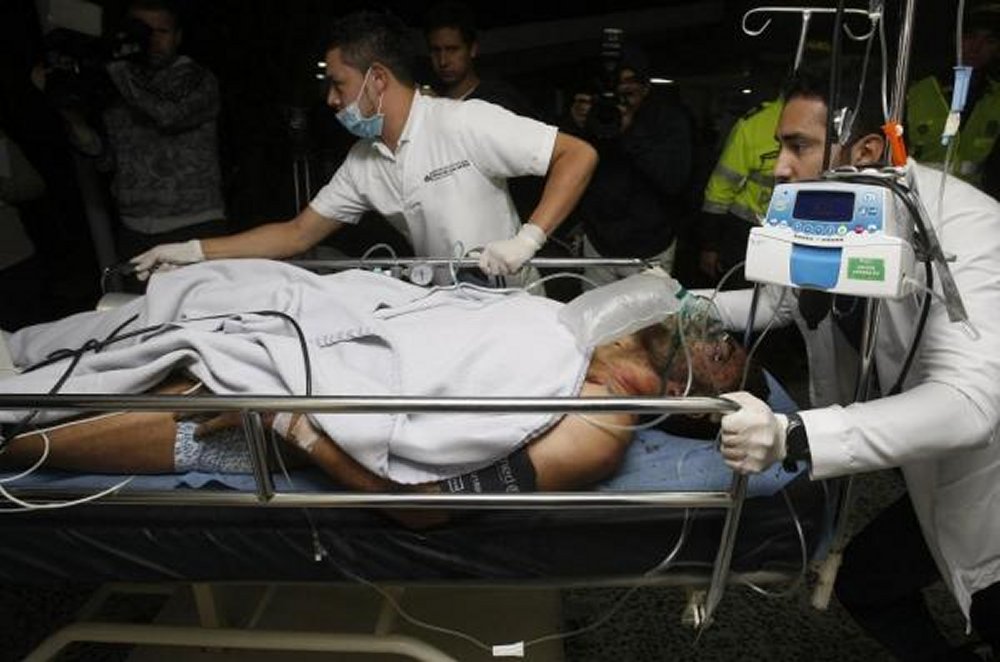 Investigators have located the critical flight recorders from the chartered jetliner that crashed in the mountains of Colombia Tuesday, killing 71 people — including nearly all of a Brazilian soccer team.

The British-made Avro RJ85 jet, carrying members of the Chapecoense soccer club, was headed from Bolivia to Medellin, Colombia, when it went down Monday night. Several members of the media were also aboard.

Officials said the pilots requested an emergency landing due to an electrical problem, but the nature of the problem was not immediately known. The “black boxes,” the flight data recorder and cockpit recorder, might illuminate where the power fault was.

The data recorder shows how the plane was operating before the crash and the cockpit recorder captures conversations on the flight deck before impact.

“We are praying for everyone who has not yet been rescued, and for their families,” Amanda Ruschel, the wife of one of the players, wrote to a social media account Tuesday. “It is a complicated and difficult situation. Only God can give us strength.”

The survivors were taken to local hospitals and a search was mounted in the rugged terrain for the rest of those on the plane.

The team was traveling to play in the final game of the Copa Sudamericana tournament.

Emergency officials initially announced five people survived the crash, but a sixth person was found alive under the fuselage of the plane.

A Colombian air force search-and-rescue helicopter mission was canceled due to poor visibility, and getting to the crash site has been difficult because of the weather, officials said.

Airport authorities gave the plane, operated by LaMia, priority to land after the pilots reported an emergency, but the plane never got close to the runway. There were conflicting reports that the plane ran out of fuel or that there was an electrical problem.

Electrical malfunctions in flight is not unusual. In certain cases, it has led to crashes before.

In 1998, 229 people died when Swissair Flight 111 crashed in the waters off Nova Scotia. As with the Brazil flight, the pilots had reported severe electrical failures before it crashed. A subsequent investigation found that a fire had burned through bundles of electrical wires and systematically cut power to several flight controls. The flight crashed before it could land in Halifax.