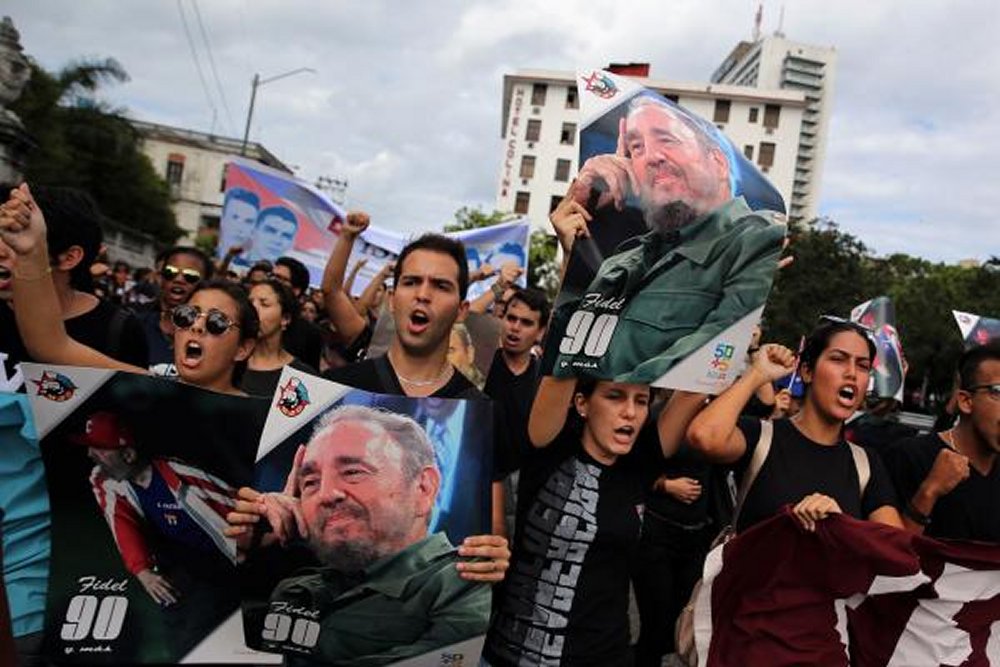 Havana’s Plaza of the Revolution was opened Monday for Cubans who wish to pay their respects to Fidel Castro, while a dissident group has called off a weekly protest to avoid conflict with mourners.

The Plaza of the Revolution was scheduled to be open from 9 a.m. until 10 p.m. on Monday and Tuesday. A large banner of Castro as a young revolutionary was hung over Cuba’s National Library to overlook the plaza.

On Wednesday, Castro’s body is set to begin a journey throughout the island nation. His remains will travel in reverse of the route he and his fellow Cuban revolutionaries took in 1959 from eastern Cuba to Havana after successfully toppling Cuba’s former military leader, Fulgencio Batista.

Castro’s funeral services were scheduled to be held on Sunday in Santiago de Cuba, where the Castro-led Cuban revolution began.

The Ladies in White, one of Cuba’s most prominent dissident groups, called off its weekly protest on Sunday for the first time in 13 years in order to avoid escalating tensions.

“We respect the mourning of others and will not celebrate the death of any human being,” Berta Soler, the Ladies in White leader, said in a statement.