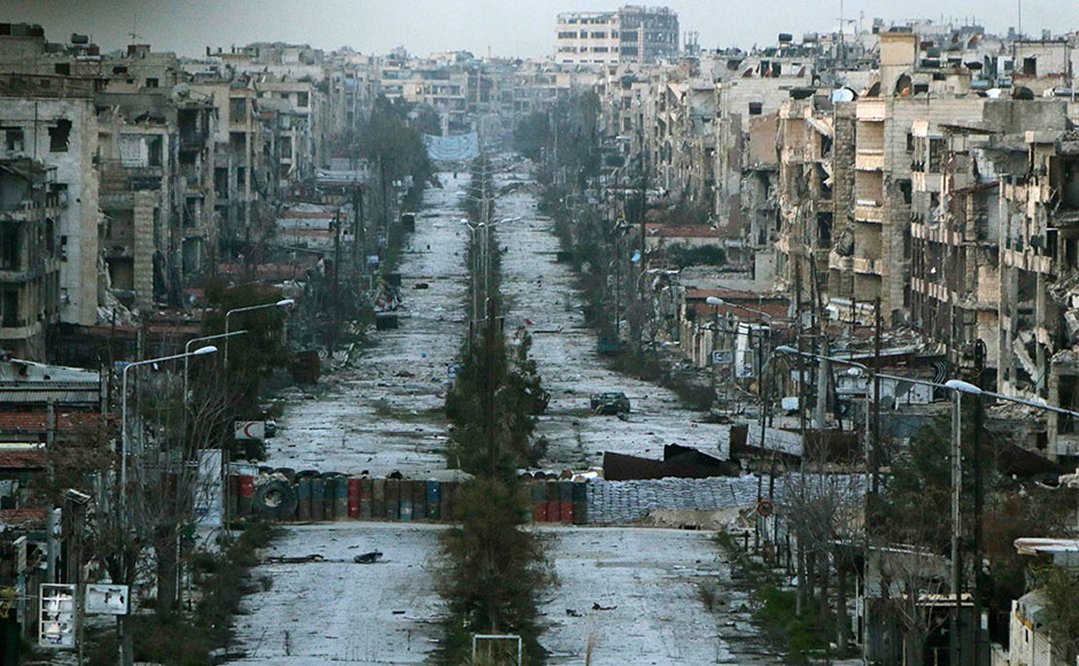 Hundreds of Syrian civilians are fleeing into portions of Aleppo newly controlled by government-backed forces. Meanwhile, pro-government forces continue to lay siege to parts of the city still held by rebel groups.

Several hundred Aleppo civilians flooded into the Masaken Hanano neighborhood after Syrian troops retook the rebel stronghold on Saturday. Masaken Hanano was one of the first neighborhoods taken by opposition forces when civil war broke out in 2012.

According to the latest reports, residents of the besieged neighborhoods of Hulluk, Sheikh Fares and Sakhour are now seeking refuge in Masaken Hanano. As many as 400 arrived overnight, according to the Syrian Observatory for Human Rights.

Having regained control of several rebel strongholds, forces loyal to Bashar al-Assad are now pushing further into eastern Aleppo in an attempt to cleave the rebel half in two. Government forces executed air strikes against opposition-held neighborhoods on Sunday.

The airstrikes are part of what human rights activists have described as the most intense government offensive yet undertaken in Aleppo. Sunday marked the 13th day of the campaign.

“A Syrian rebel spokesman confirmed the advances and said he anticipated a regime push to capture the adjacent districts, and sever the siege in two,” reporter Alison Meuse told NPR.

Though rebels are ceding ground, they continue to launch rockets into the western half of the city. Civilians have been caught in the crossfire, resulting in hundreds of casualties.

Many thousands of civilians remain trapped in the besieged eastern half of the city, a large number without food, water or adequate medical care. UN officials are trying to negotiate a ceasefire so that aid can be delivered to those in need.