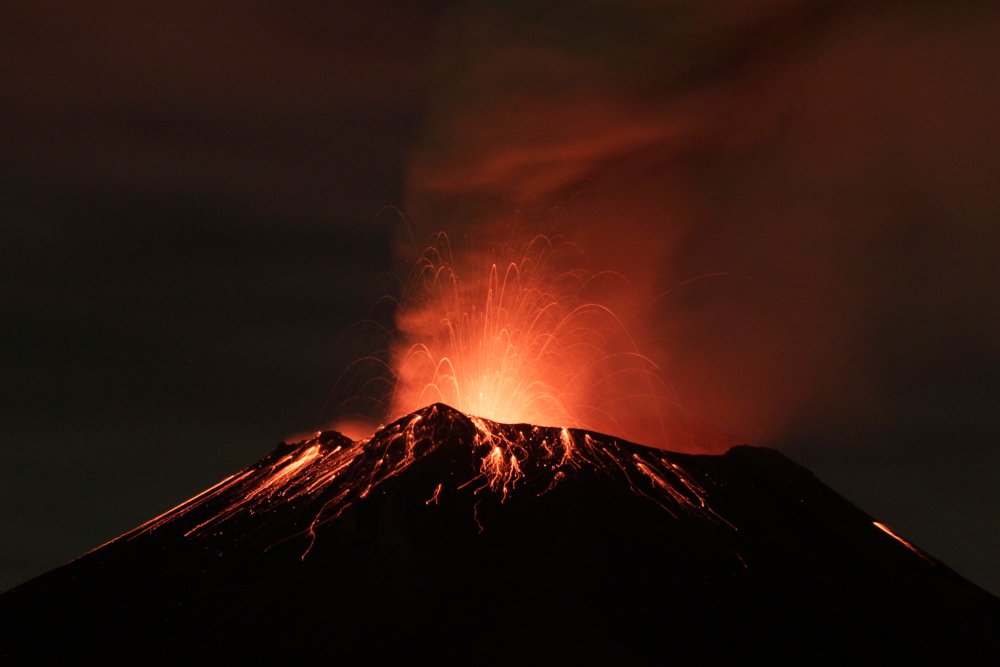 A volcano in Mexico erupted, sending ash three miles into the air and prompting warnings from government officials for tourists and residents to stay away.

The Popocatépetl volcano, located in Pueblo state, erupted with a billowing cloud of dark ash billowing into the morning sky Friday. In the 24 hours since the eruption started, Mexican officials said there have been 129 exaltations of ash, three explosions and one measurable earthquake, a magnitude-1.8 tremor.

Popocatépetl was dormant for decades before it erupted in 1994. Since then, minor grumblings have been part of daily life for residents living in nearby towns.

Luis Felipe Puente, Mexico’s director of civil protection, warned curious onlookers not to try to hike the mountain, saying hot ash is potentially dangerous. Residents living nearby should plan for the ash to begin falling in the area and take precautions because it can cause breathing problems, especially for children, the elderly and those with pre-existing respiratory problems.

Popocatépetl is located about 40 miles south of Mexico City. It last erupted with visible smoke in April.